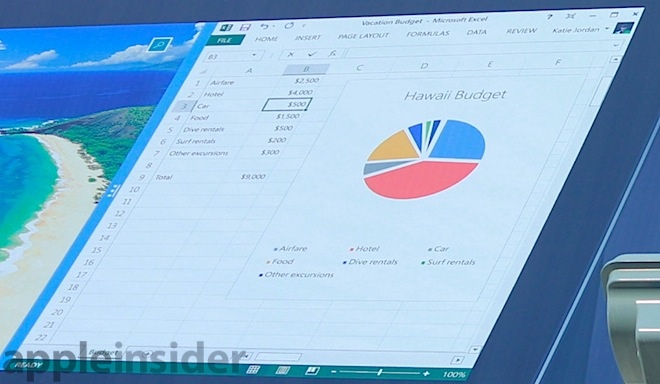 One of the competitive differentiators for Microsoft’s Surface vs. the iPad is the availability of the core Microsoft Office apps, as highlighted by Microsoft in its recent criticism of the “watered down productivity apps” available on other tablets.

Which is why Apple fans are having a field day with this Microsoft Surface 2 billboard in San Francisco. As reported by Apple Insider, the ad shows an incorrect sum of $9,000 for a column of expenses that should actually add up to $9,500.

Microsoft’s Frank Shaw offered this explanation on Twitter over the weekend.

However, if that were the case, the formula bar in the ad would show “500,” as noted by Rafael Rivera and others on Twitter.

As evidenced by the picture below, I spent way more time than I should have this morning on a Surface RT and Surface 2 trying to reproduce the spreadsheet shown in the billboard, even recreating the “Hawaii Budget” chart. 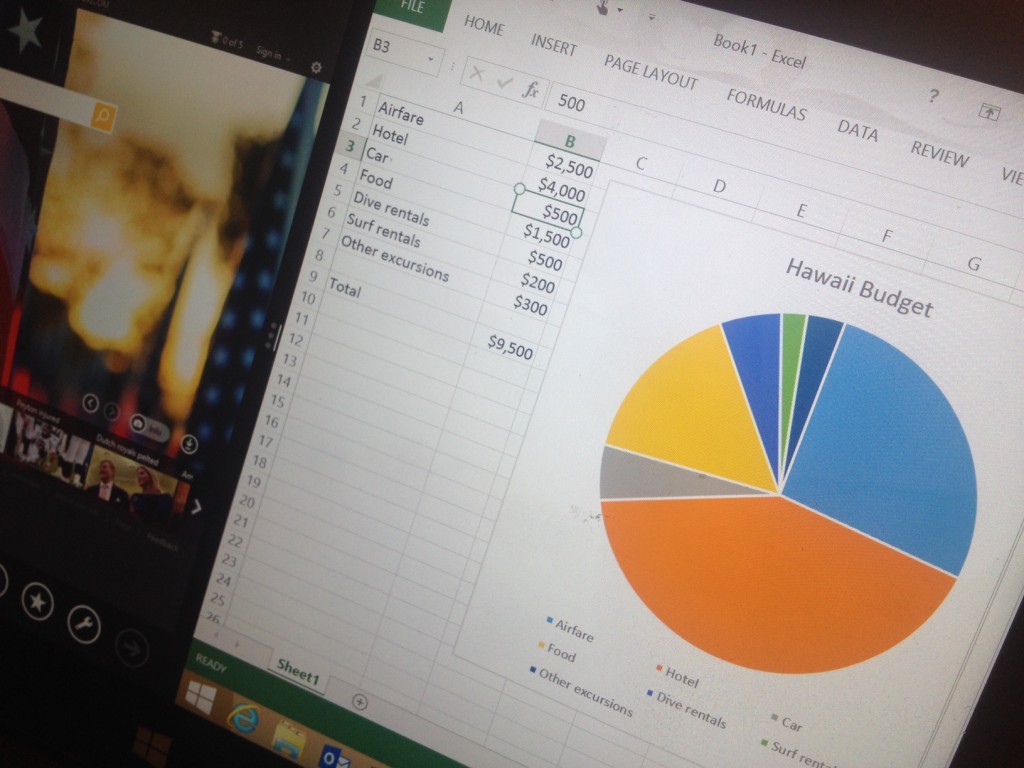 I tried a variety of different input scenarios, including the possibility that the bottom two cells in the list were left out of the autosum formula, but I haven’t been able to reproduce precisely what the ad shows. I even tried snapping it to the side as shown in the billboard.

The good news for Microsoft is that the real working version of Excel on Surface calculates the column correctly.

Yes, it has crossed my mind that the image published online could have been doctored somehow, but there’s no actual evidence of that. If anyone has seen this billboard or another one with the same error, please send it along.

At this point the most likely scenario is a mistake in the ad — possibly a composite image of some sort by the agency that created it, as Ed Bott notes. There’s no doubt a team inside Microsoft trying to figure this out right now.

Update, 12:55 p.m.: This was first reported by David Yanofsky on Quartz last week, with an image of a different version of the ad, so we can rule out the notion that the Apple Insider version was doctored somehow. Here’s a video by Bill Jelen running through a possible explanation, but this still doesn’t explain why the formula bar was empty, which suggests the ad agency was using some sort of composite image here.

Thanks to Romit Mehta for pointing that out. And with that, I’m going to move on now, barring some major revelation that turns this into something bigger.