Microsoft’s Windows Phone certainly trails Apple and Android by a substantial amount in terms of smartphone market share, but one Verizon exec thinks the Redmond software giant can cut into that deficit by making moves in the enterprise market.

In an interview with IDG News Service, John Stratton, president of Verizon Enterprise Solutions, said that there’s room for a “third player” to make some noise in the enterprise smartphone space.

“We are aggressively supporting Microsoft and [BlackBerry], because those are the next two obvious guys,” he said. “There are some other clouds on the horizon that may or may not come about, some different things that some of the OEMs are trying to do, but timing is tough.” 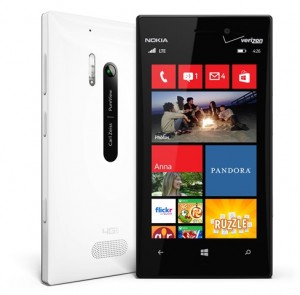 While Stratton said that both Microsoft and BlackBerry have a “natural path in,” he admitted that it would still be difficult to take business away from the two smartphone kingpins. But he did add that the Android platform is “fragmented,” and “tough for IT professionals to get comfortable with,” while iOS “brings their own problems.”

“Neither Google nor Apple is incredibly focused on the enterprise market,” he said. “That leaves the door open.”

The latest smartphone numbers show Verizon as the leading carrier with 36.3 percent of smartphones sold. The carrier recently began offering Nokia’s new Lumia 928 last month for $100 after a $50 rebate.

Previously on GeekWire: Verizon CEO: Windows Phone will play crucial role in the mobile industry … Windows Phone Diary: 5 things for Microsoft to fix, and 1 for Apple to steal