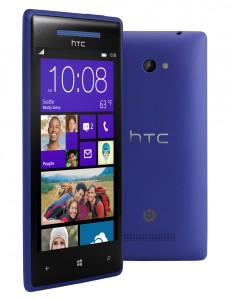 At least one high-level mobile exec is optimistic about the long-term success of the Windows Phone.

Verizon CEO Dan Mead said today that the Windows Phone has received good traction with OEM’s and thinks both Windows and Blackberry will play a crucial role in the mobile industry. Mead added that there needs to be more than just Apple and Google dominating the smartphone arena.

And while he showed support for Microsoft, CNET points out that Mead referred to Windows Phone as “Windows Mobile 8” — oops.

Microsoft barely gained ground and finished with three percent of the smartphone market in comScore’s latest rankings. However, another report from Kantar out earlier this week showed Windows with 5.6 percent of the overall market, its highest point yet.

Microsoft is still looking to chip away at Android and Apple, most recently launching a hilarious and equally ridiculous ad that attempts to differentiate Windows Phone from Apple and Samsung by poking fun at stereotypical users of the leading smartphones.

Microsoft also just released a new app designed to make it easier for Android users to make the leap to Windows Phone, an interesting attempt by the Redmond software giant to chip away at Google’s lead in the smartphone market.

Previously on GeekWire: Windows Phone Diary: 5 things for Microsoft to fix, and 1 for Apple to steal