Venture capitalists pumped $931 million into 117 startup companies in Washington state during 2012 — the biggest haul since 2008 and a 69 percent increase over 2011’s totals.

The 2012 numbers are well below the bubble years of 1999 and 2000 when more than $2 billion flowed to startup companies (though I don’t think any of us want to return to those high-flying days).

Nonetheless, despite the ever-increasing worries of the so-called series A crunch, it was a very good year for venture capital investing. Several large financing deals were completed — including a $100 million round for domain name registrar Donuts; an $85 million round for daily deal site Zulily and a $50 million round for enterprise software company Apptio.

However, the venture capital business remains at a crossroads. Venture capitalists are struggling to raise funds, including Kirkland-based OVP Venture Partners which made the decision last year to not raise another fund.

Also, big exits aren’t occurring with much regularity — the IPOs and acquisitions that line the pockets of venture firms. The last tech company to go public in the Seattle area was Zillow, which priced shares in July 2011. The last big startup acquisition was casino game maker Double Down Interactive, acquired 12 months ago by IGT for as much as $500 million.

What’s 2013 looking like? There are some companies that could take the IPO plunge — including Tableau, INRIX, NanoString, Apptio and Zulily. Of course, it all depends where the markets go, and that’s one question we can’t answer.

Meanwhile, here are the companies that raised cash in 2012 as compiled by the MoneyTree report from PricewaterhouseCoopers and the National Venture Capital Association. 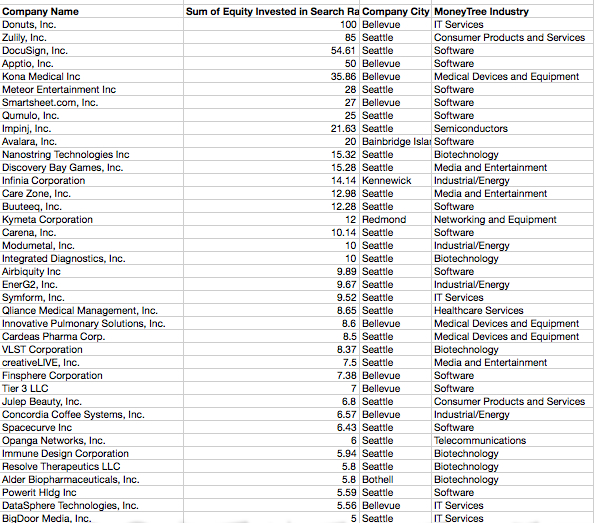 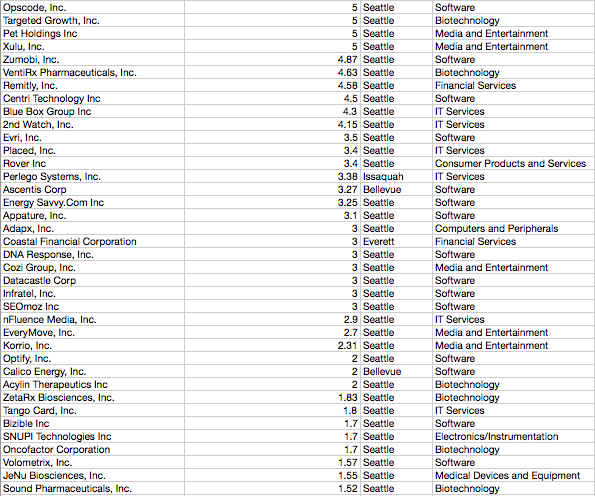 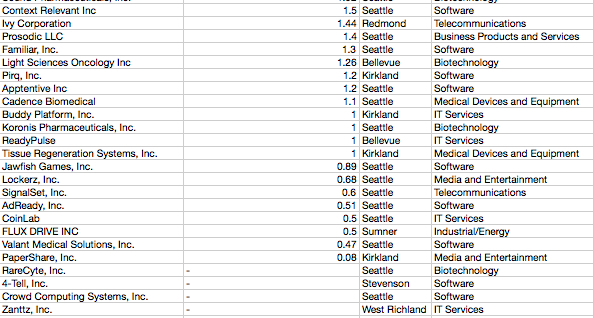