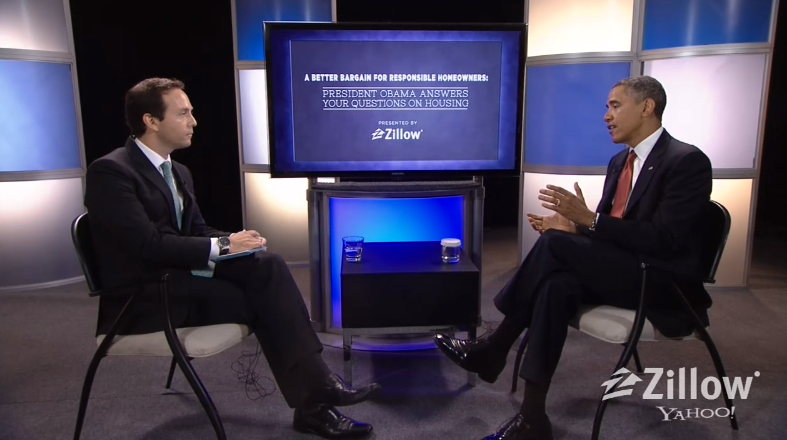 President Barack Obama is sitting down with Zillow CEO Spencer Rascoff this morning, talking about the housing market in the U.S.

The interview is a huge coup for Zillow, which, as we reported earlier today, is in the midst of a huge brand building campaign. 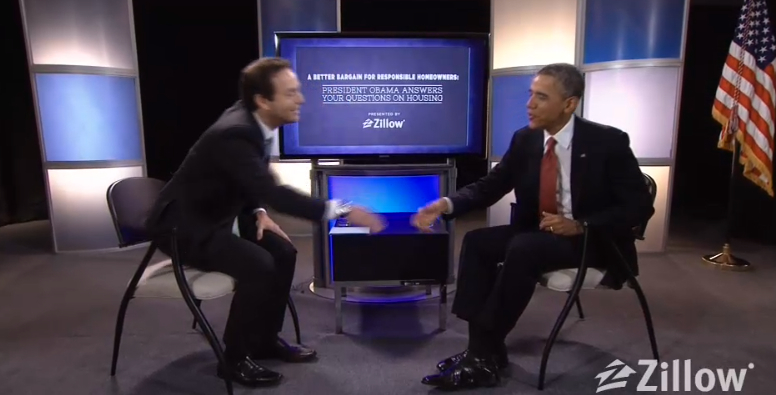 “Home ownership is a quintessential element of the American dream,” said Obama, adding that policies put in place over the past few years have helped heal the market. Obama also told some of his personal stories as it relates to his own home ownership, noting that he could probably save a few bucks if he refinanced on their family home in Chicago. He also told the story of how his family started off living in the home of his mother-in-law before they were able to get money together for a down payment.

Obama also floated a couple flattering comments about Zillow, noting that the company has “done a great job” of making the real estate industry more transparent.

“I think you guys have done a great job in helping to make consumers more empowered when they are buying home, selling a home, and it’s a wonderful service,” Obama said.

You can tune in and watch here. (The discussion, which lasted about 25 minutes, is now over. But a replay will be posted here later today).