Following Yahoo’s acquisition of Tumblr earlier this year, CEO Marissa Mayer and her team are trying to make the blogging site more palatable to advertisers and brands.

Under a partnership announced this morning, Tumblr will work with Simply Measured to provide analytics for companies looking to expand their brand presence on Tumblr. 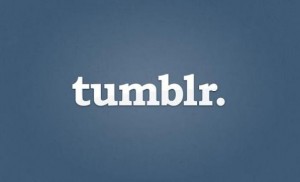 Simply Measured says it’s bringing a variety of Tumblr-centric tools to its analytics suite, including a way to track how posts spread across the social blogging site, as well as a means of comparing different social media accounts to see where the audience is engaging the most. In addition, the tools will let companies benchmark their Tumblr metrics against any 10 other Tumblr blogs to see how they stack up.

One of the tricky things about doing analytics work on Tumblr is the nature of the site. Sure, you can track users when they visit your blog’s webpage, but part of Tumblr’s core functionality revolves around following blogs you like, and having posts from those blogs show up in a dashboard, away from the watchful eyes of Google Analytics. Simply Measured’s official partnership aims to give corporate users access to that data.

Simply Measured is offering a two-week free trial for its overall analytics suite, with plans that start at $500/month.

Previously on GeekWire: Yahoo CEO Marissa Mayer on $1.1 billion Tumblr deal: ‘We promise not to screw it up’