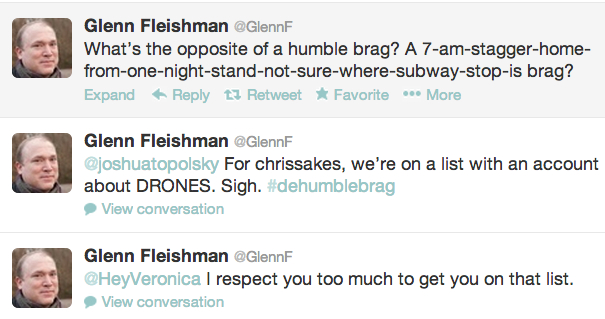 Fleishman, a Seattle freelancer who contributes to The Economist and serves as executive editor of The Magazine, certainly produces one of our favorite Twitter feeds in the tech biz. Loaded with humor and biting insights, Fleishman usually has something provocative or funny to say.

In fact, when I first saw that Fleishman made the list, I immediately checked in the “comedy” category. (He’s listed in the technology category along with one of our other favorites: Box CEO Aaron Levie @Levie).

So, what does Fleishman, a former Jeopardy champ, think of the honor?

Not much, really. Here’s his Tweet on the whole thing:

Not sure whether to be flattered about being in Time’s twitterers to follow or appalled at the write-up’s lack of barest research on me. 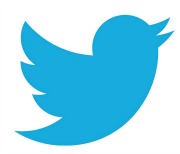 “It feels a little random,” Fleishman tells us. “The bio is a weird mix of stuff that I did decades ago … and omits some of my cooler current projects. But I don’t mind. I was slightly peeved this morning only because I felt like I was filling a quota. But it’s an interesting list to be on, and I’ve picked up at least 300 followers today. They don’t know what they’re in for.”

Asked what makes his Twitter feed different from the rest, Fleishman notes that first and foremost he just tries to be himself.

Here’s the full list that Time put together, broken into 14 categories. A few others who made the cut: Chelsea Clinton, Tyra Banks, Mars Curiosity, The SETI Institute and Seinfeld Today.