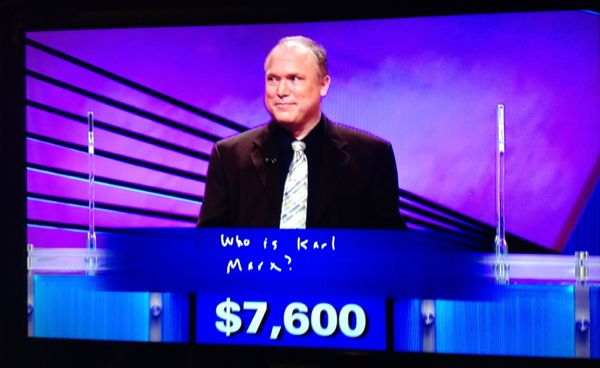 The Seattle Seahawks didn’t fare so well on national television tonight, but another representative of our hometown did much better, completing a nice come-from-behind victory of his own.

Glenn Fleishman, the Seattle-based technology journalist, was victorious in his first night on the Jeopardy! quiz show. He won the game during the Final Jeopardy round, correctly identifying Karl Marx as the man after whom Chemnitz, Germany, was named from 1953 until 1990.

During the introductory banter with Alex Trebek, Fleishman told a story about accidentally breaking the headphone jack on an original iPod when testing it for review for before its release.

Read more about Fleishman’s Jeopardy experience in our earlier post. 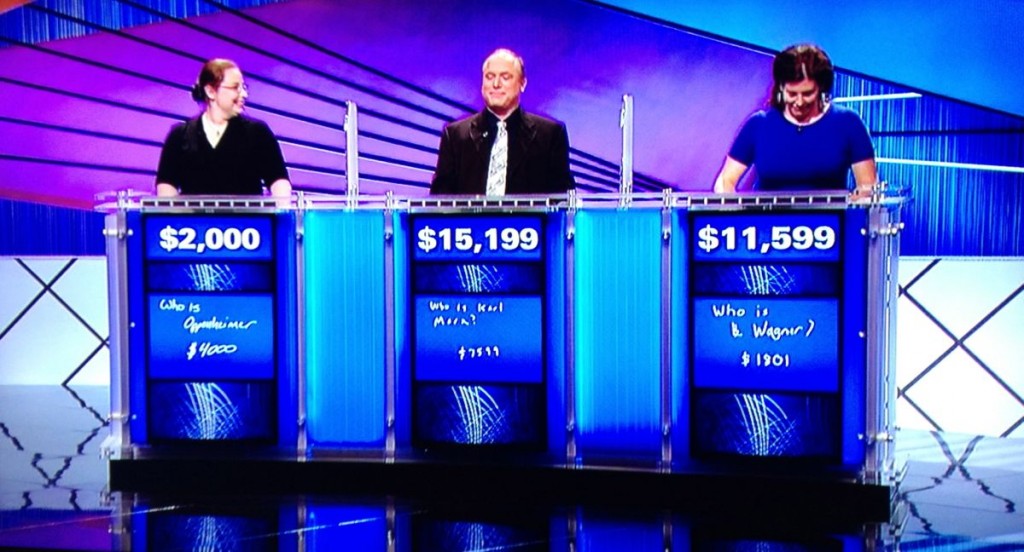