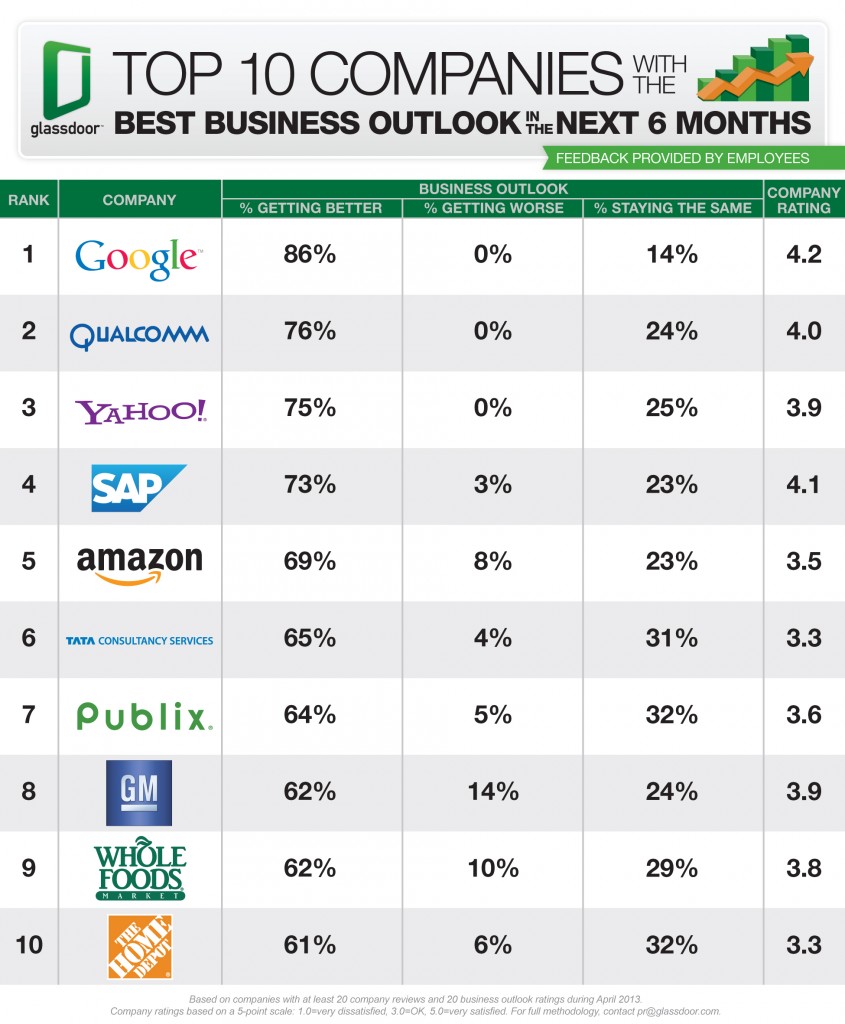 But still a quarter of employees at the software giant think things are going to get worse, and just 35 percent say the business is going to improve over the next six months, according to a survey out today by Glassdoor.com. Microsoft’s stock is up 15 percent in the past year, and it is now valued at $286 billion.

Microsoft’s poor showing contrasts with Google, Yahoo and Amazon.com — all of which have a majority of workers who say things will improve over the next six months. Apple didn’t make the top ten list, but staffers in Cupertino also are upbeat with 59 percent saying things will get better and just nine percent expecting things to get worse.

As the chart shows, Google staffers are the most bullish. Eighty six percent of employees indicate that things will improve at the company, and no one indicated that things would get worse. Wall Street tends to agree, with the stock up 46 percent in the past year and shares now trading above $900, given Google a market value of $301 billion.

Amazon.com employees also are big believers in the future prospects, with 69 percent saying that things will improve and just eight percent saying that they will get worse. Amazon’s stock is up 22 percent over the past year, and founder Jeff Bezos continues to invest heavily in multiple business units at the expense of short-term profitability.

For the latest survey results, Glassdoor asked employees: ‘Do you believe your company’s business outlook will get better, stay the same, or worsen in the next six months?’