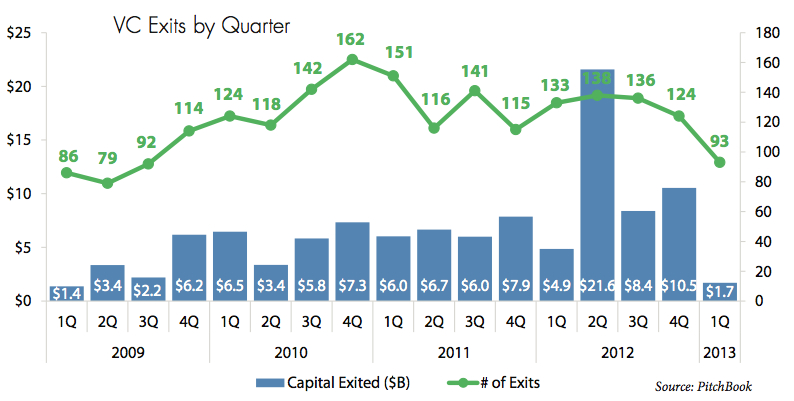 Valuations at startup companies continue to increase, even though venture capitalists aren’t cashing out on deals as frequently as they’d like.

According to a new report out this week from PitchBook, valuations in angel/seed, early stage and late stage all increased versus 2011 levels. Meanwhile, deal flow declined and the number of venture-backed companies completing IPOs or getting acquired fell to the lowest level since the third quarter of 2009. (See chart above). 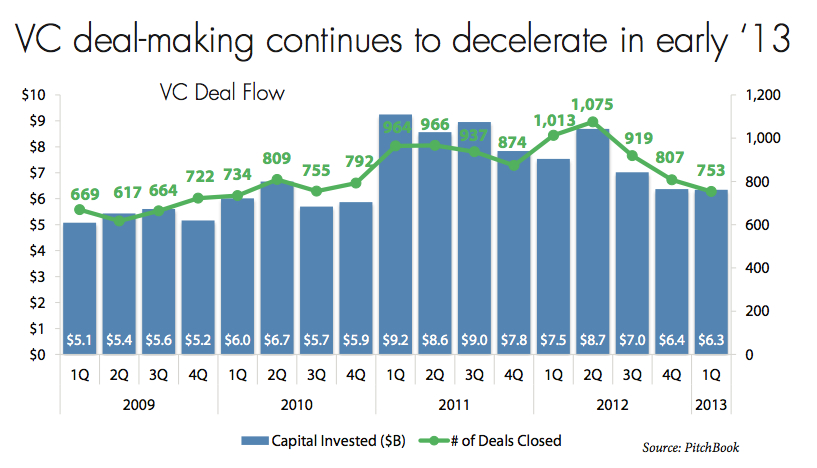 Virtually all of the decline can be attributed to weakness in corporate acquisitions from software companies, many of which are still sitting on piles of cash.

“VC investors realized just 74 investments through corporate acquisitions in 1Q 2013, down from 102 in 4Q 2012 and the fewest since 2Q 2009,” according to Pitchbook. “We believe this may be an anomaly, however, as broader M&A activity has been fairly strong recently and corporations maintain large cash reserves and easy access to debt. ” 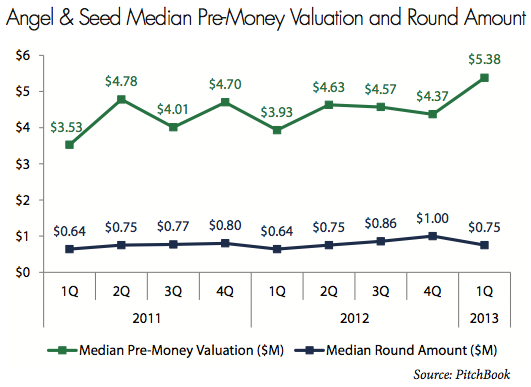 Here’s a look at the specifics on valuations:

You can see the full report here: