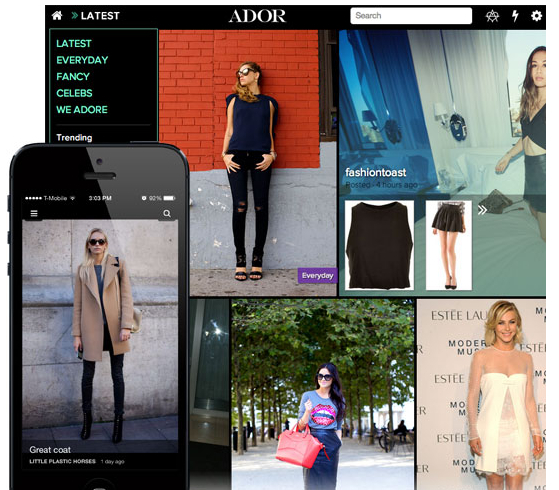 Ador will soon be taking the wraps off of its new fashion shopping service. But the company, which emerged from heavily-funded social networking site Lockerz earlier this year, first is raising some fresh capital.

The company has pulled in an additional $8.9 million in venture funding, according to a SEC filing today. Ador CEO Mark Stabingas declined to comment on the funding, saying he wanted to keep focusing on the product.

“You’ll be hearing a lot more from us in the weeks ahead,” he said.

Ador says that it operates a catalogue of thousands of fashion items, allowing shoppers to find the best price. As the company says, “Eyeing that cute Rebecca Minkoff crossbody, but wish it were on sale? Just adore it and we’ll alert you the second it drops in price.”

Directors listed in the SEC filing include Divya Gugnani, the founder of Send the Trend and Behind the Burner, and Marty Patterson, a director at Liberty Media. Lockerz founder Kathy Savitt, a PR veteran and former Amazon exec who was named Yahoo’s chief marketing officer last year, also is listed as a director. Previous directors at Lockerz such as venture capitalist John Doerr; tech exec Greg Maffei and others are not listed as directors in the latest filing.

The company has kept a low profile since its transition away from Lockerz, one of the most heavily-funded Seattle Internet startups. That company raised more than $65 million from marquee investors such as Kleiner Perkins Caufield & Byers, former Microsoft CFO Greg Maffei; DAG Ventures, Live Nation and others.

Earlier this year, Lockerz eliminated a number of staffers, with a spokesperson for the company saying at the time that it is in the “early stages of a transformational change in the way consumers discover and consume products and content. ”