Perhaps no one has been more synonymous with the startup ethos at the University of Washington than computer science professor Oren Etzioni, a mainstay on campus for more than two decades and an inspiration for budding entrepreneurs in academia. An expert in search, data mining and machine learning, Etzioni’s technologies have formed the basis of startup companies such as Netbot (acquired by Excite), Farecast (acquired by Microsoft) and Decide.com (backed by Madrona, Maveron and others).

Now, Etzioni, who earned his PhD in computer science from Carnegie Mellon University, is moving on from academia after nearly 30 years.

But he’s not straying too far from his love of research and technology. Etzioni has been tapped by Microsoft co-founder Paul Allen to lead an ambitious new undertaking around the study of artificial intelligence, a multi-million dollar effort that could have huge implications for the region’s tech industry and, more importantly, society as a whole.

“It’s really a once in a lifetime opportunity for me,” Etzioni said in an interview with GeekWire. “I’ve had the chance to do research and write papers, and I’ve had a chance to launch startups. And this is a combination of both.”

Etzioni said he was drawn to Allen’s “bold and ambitious vision,” noting that the billionaire will be supporting the new effort both intellectually and financially. Exact dollar amounts for the new center — to be called the Allen Institute for Artificial Intelligence or AI2 for short — have not yet been laid out. At this time, fewer than 10 people are working with Etzioni on the endeavor. HIs first day was earlier this week.

However, Etzioni said the institute is very much being modeled on another of Allen’s non-profits, the Allen Institute for Brain Science. The Seattle non-profit started with a $100 million investment from Allen 10 years ago, receiving another $300 million last year. It now employs about 200 people, including several world-renowned scientists in brain research.

Seattle now appears to be getting the equivalent in artificial intelligence.

“Oren is exceptionally talented, and he shares my vision and enthusiasm for the exciting possibilities in the field of AI, including opportunities to help computers acquire knowledge and reason,” said Allen in a statement. “I’ve been very encouraged by the tremendous strides we’ve made in brain research at the Allen Institute for Brain Science over the past decade. With Oren’s leadership, we will apply that same model to explore the critical questions in AI today.”

The general concept of brain science is easy for the layperson to grasp. But why does artificial intelligence matter to you and me?

Etzioni admits that many of the questions around artificial intelligence are a bit nebulous. But he said the concepts could have huge implications beyond things such as speech recognition and better search results, which he said today are largely based on statistics. There’s been a huge amount of progress with technologies like Siri and Watson, but Etzioni said “we are ready for the next stage in AI research.”

“We want to go beyond basic signal processing, or one-bit prediction … to really building programs that acquire fundamental knowledge,” said Etzioni, adding that the “nature of intelligence” is one of the top scientific questions that remains unanswered.

“Speech recognition interprets the speech signal, but it doesn’t actually understand what is being said. Or, the way someone else put it, Watson doesn’t know that it won Jeopardy. While we have some great achievements, at the same time, they are of limited in scope. We are wanting to take AI really to the next level, and address these fundamental questions. I have not been this energized since I was in my early 20s when I got into this field and we stayed up all night debating what is the right way to build AI and what is the right way to do intelligence. We were motivated by science fiction, so I am back to that.”

As one example, Etzioni sees huge opportunities to apply artificial intelligence to medicine, making it easier to get high-quality information to doctors in remote regions. He’ll also bring new approaches to Allen’s long-running Digital Aristotle project, which is how Etzioni first got introduced to Allen’s team. 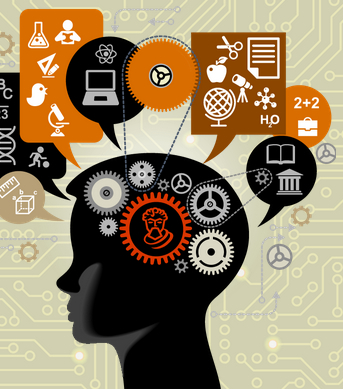 Even with the backing of one of the world’s richest men, Etzioni admits that there’s not a clear path ahead.

“It’s not like we have a laser trajectory, and all we have to do is march down that road and execute like crazy. There are a lot of fundamental questions that we have to answer,” he said. “There is also a tremendous amount of competition. The wild thing is that it takes the same amount of intellectual skills and training to solve deep AI machine learning problems, as it does to better target advertising, which means that for these incredibly bright people that we need to make this difference, I am also competing with Google and Facebook and Amazon and Microsoft and all of these big players.”

Etzioni’s departure from the University of Washington could be perceived as a blow, especially since president Michael Young is very much pushing the school to get more entrepreneurial.

But longtime computer science professor Ed Lazowska doesn’t see it that way, calling it “a dream come true” and “fantastic news” for the UW, Seattle and the field of artificial intelligence.

That’s also important to Etzioni, who said he very much wanted to stay in Seattle to pursue his research endeavors. (He also noted that Allen is very much connected to the UW, since the computer science department happens to operate out of the Paul G. Allen Center for Computer Science & Engineering).

The physical location for the new institute has not yet been determined. At this point, Etzioni plans to operate out of Vulcan’s offices near CenturyLink Field. But even though the institute is in startup mode, there are much bigger ambitions at play.

“This isn’t a couple of guys in the garage,” said Etzioni, who plans to hire up to 20 people in the first year, including as many as 10 researchers with PhDs. Hiring will be tough, especially in a field like artificial intelligence where companies like Facebook, Amazon, Google and Microsoft are gobbling up talent.

And Etzioni is looking for a special hire as well, someone who wants to work on big problems and not simply sit around and write theoretical research papers. He’s thinking bigger, and wants to avoid the failures of Interval Research, a Paul Allen-backed incubator and laboratory which burned out in 2000 after failing to produce much of substance.

“I would consider that to be a huge personal failure if that’s what happened here,” said Etzioni.

But Etzioni, a venture partner at Madrona Venture Group who was also named GeekWire’s co-Geek of the Year earlier this year, is feeling pretty confident about this next phase of his career.

“I wouldn’t be doing this after 22 years at the UW if I thought this was going to be a small, fly-by-night operation,” he said. “The sky’s the limit.”