Worried about toxic mold or pesky water leaks in your home?

That’s the new consumer brand from SNUPI Technologies, the latest startup effort from Seattle serial entrepreneur Jeremy Jaech. We’ve written in the past about SNUPI, which is backed by the likes of Madrona Venture Group, Radar Partners and others.

But this marks the first time we’ve gotten a chance to see the system, and learn more about the consumer offering, which is available for pre-order for $299. Additional sensors cost $35, and the system is expected to ship in the Spring of 2014.

WallyHome — which works in conjunction with an always-on Internet connection — is designed to detect environmental hazards around the home by monitoring moisture, temperature and humidity changes. The wild thing is that the company says no batteries are needed, with the system set to work continuously for 10 years. It does this by bypassing traditional Wi-Fi and Bluetooth connections, instead using the copper wiring in the walls of a home as an antenna. (More on the technology behind the system here). 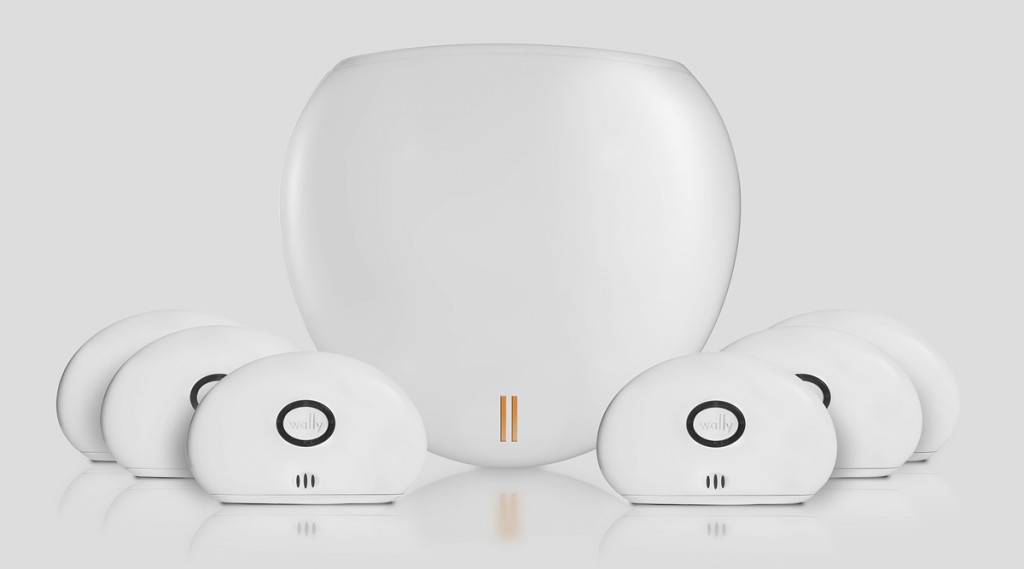 “The system uses ultra-low-power, wireless sensors, which are placed with appliances or in hazard-prone spaces,” Jaech said in a statement. “They are paired with a hub, creating a smart home platform that uses machine learning analytics and data mining to provide homeowners with information about the health of their home. Homeowners are alerted instantly via text, push or email of water leak locations or potential hazards, such as conditions for mold.”

Jaech has partnered with some of the top minds at the University of Washington on SNUPI, including professors Shwetak Patel and Matt Reynolds, as well as doctoral student Gabe Cohn. It is operating with an exclusive license from the the Georgia Institute of Technology and the UW, where Jaech sits on the board of regents.

Of course, home technologies are all of the rage these days, including new systems by Nest such as the recently announced $129 Nest Protect wi-fi connected smoke alarm.

Interestingly, Nest has some connections to the UW as well since its VP of Technology, Yoky Matsuoka, is a former University of Washington computer science professor.

The name SNUPI may seem a bit unusual for a startup, but it is actually an acronym that stands for: Sensor Network Utilizing Powerline Infrastructure. Here’s more from a whitepaper on the technology behind SNUPI:

“The novelty of the SNUPI node is both in the way it sends its data and in the ultra-low-power design of its components, where the radio transmitter is no longer the dominant power consumer. SNUPI is unique in that it uses the existing powerline infrastructure as its wireless communications channel, thus enabling whole-home range with a single base station receiver. In addition, it employs a custom designed ultra-low-power CMOS transmitter which allows it to operate for several years without replacing the battery.