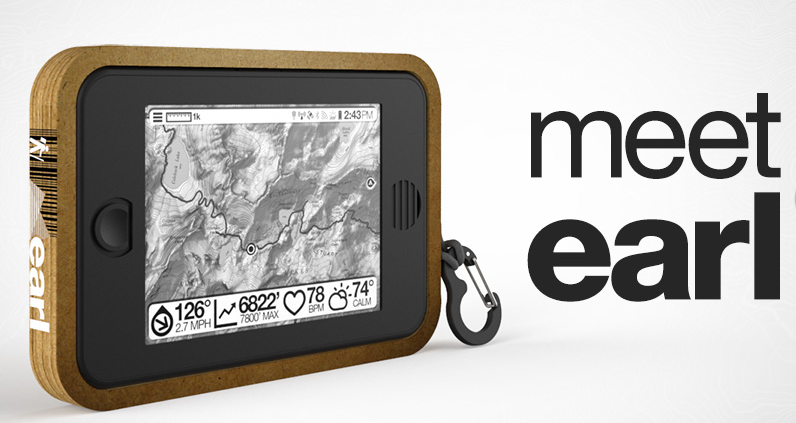 Ever wondered what what would happen if your iPad met Google Maps and they decided to go out on an adventure together? The outcome might look something like a new hardware device called “Earl.”

Sqigle, a Seattle-based startup founded last summer, is currently working on a crowdfunded Android-based tablet meant to be a “backcountry survival guide,” with a lot more hardware than your average device. 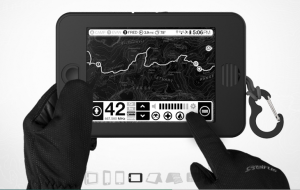 Geared toward adventure-minded techies who are looking for a little more rough and tumble, Sqigle promises a GPS system with preloaded 100k topographical maps, walkie talkie, distress signal, heart rate monitor and 6-inch e-ink screen featured in most e-readers like the Kindle and Nook.

It can also connect to Wi-Fi, Bluetooth, NFC radio, as well as AM/FM broadcasts and shortwave and long wave frequencies. The tablet’s exterior will also have a fully waterproof casing and solar panel-powered charging system.

Essentially, it’s kind of like the Bear Grylls of tablets. Sqigle is allowing backers to preorder “Earl” for $249 — 30 percent off retail — with shipping set for this August.

Sqigle looks to give a tech kickstart to outdoor gear and fill what Tegman calls “gaps” in the outdoor exploration device market. Of course, Sqigle is not the only provider on the market, and Earl isn’t the only device that promises some killer GPS. With outdoor product manufacturers like Garmin and Delorme already providing popular Geocaching and GPS equipment, it’s not an easy space to enter. 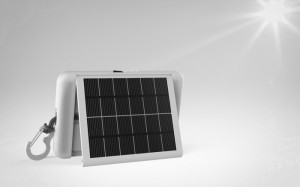 But Tegman said these products were missing some of the special elements Earl is slated to include, like weather sensors and a solar-powered charger.

The company hopes to begin production on “Earl” in July, but Tegman said there’s still $250,000 of funding left to be done.

“The work isn’t done, that’s why we turned to crowdfunding,” he said. “We’ve watched the success of Pebble and Ouya and realized that the possibility of bringing “Earl” to market was attainable.”

So far, the team has reached about half the amount needed via crowdfunding. The money will go toward manufacturing and development costs. It’s a lot to earn, but Tegman seemed confident.

“After we meet our goal, we will switch the site over to a preorder system,” he said. “The sky is the limit from there.”