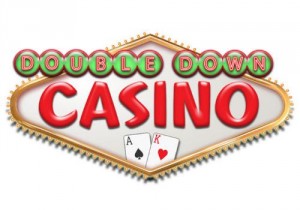 One of the companies that may be best positioned for the approval of online gambling is Double Down Interactive, the fast-growing Seattle upstart that was gobbled up by Las Vegas-based International Game Technology for as much as $500 million last year. Double Down has already generated more than $128 million in revenue in the past 12 months — an amazing achievement given that players of its casino-style games are betting virtual currency.

So, what happens if the U.S. approves real online gambling? Well, that’s something that may be in the cards. All Things D reports that gaming stocks, including Zynga, jumped on Friday after New Jersey Governor Chris Christie supported the idea of online gambling in his state. (IGT itself was up more than three percent). Christie said offered this endorsement, as long as  tax revenue (to the tune of 15 percent) is collected on online gambling and measures are established to combat addiction:

“With these goals in mind, I have concluded that now is the time for our state to move forward, again leading the way for the nation, by becoming one of the first states to permit internet gaming,” Christie wrote in his conditional veto. “I authorize this step towards modernizing Atlantic City’s entertainment attractions cautiously, with carefully constructed limitations that will ensure the highest integrity and the most robust oversight.”

“Double Down Interactive LLC has provided the Company with a strong entry point into the rapidly growing online social casino market, and has generated total revenues of $128 million since its acquisition. In the fiscal first quarter of 2013, Double Down revenues grew 15% from the previous quarter. The acquisition is performing better than anticipated and remains on track to be GAAP accretive in 2014. IGT’s strategy has also been validated by the entrance of other supplier and operator companies seeking to gain a foothold in online casino-style gaming.”

We caught up with Double Down CEO Greg Enell last December, asking him about the possibilities of real gambling online. Here’s what he had to say:

It’s a very interesting opportunity in the U.S. — but who knows how that’s going to unfold in the U.S.? It’s going to take time. In Europe, it’s wide open. There are opportunities that exist, but when you talk about ‘real wager’ we default back to IGT, which is the real wager parent company, but we certainly have dialogues and conversations going on about what we want to do in that space.