While plans for Gigabit Squared to provide lightning-fast Internet throughout Seattle are stalling, CondoInternet doesn’t appear to be slowing down anytime soon.

The local ISP, a subsidiary of Spectrum Networks that was acquired by Wave Broadband in September, today announced that it is expanding its gigabit service to Seattle’s Ballard neighborhood.

“Ballard is one of Seattle’s most vibrant neighborhoods and we are excited to extend our high-speed gigabit service to the area,” CondoInternet COO Joe Bangah said in a statement. “We look forward to continuing our expansion in Ballard and other key areas in the Greater Seattle region.”

The Wave acquisition enabled CondoInternet, the largest provider of residential gigabit services in the Northwest, to immediately expand its reach by using Wave’s large fiber optic resources and capital. Spectrum and CondoInternet are still operating as separate businesses under Wave. 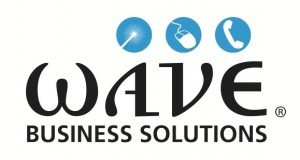 CondoInternet, available to 15,000 residents living in more than 60 buildings across the Seattle and Bellevue areas, has been providing gigabit speeds in Seattle since 2009. The company actually tried to work with Seattle when it first sought out private companies for use of the city’s 500 miles of unused cabling. The city ultimately decided to go with Gigabit Squared this past December amid a great deal of fanfare.

But that decision isn’t looking so great — at least not according to Seattle Mayor Mike McGinn. In an interview with GeekWire Monday afternoon, McGinn — a longtime champion of the Gigabit project who will leave office at the end of the year — said that Gigabit is having problems securing financing to install the network. He raised questions about the future of the project, which is now delayed.

Those are similar to concerns shared to us by Spectrum Networks co-founder John van Oppen this past summer, who expressed uncertainty about Gigabit’s plans.

“The big problem is that they haven’t built anything,” van Oppen said of Gigabit. “Given that they don’t have a product, their marketing is quite impressive.”

At the time, van Oppen was disappointed that the city focused all its efforts on promoting Gigabit Squared’s offering when there were other local companies with the same capabilities and sufficient financial backing. CondoInternet already reaches about the same number of homes as Gigabit Squared planned to reach in its first rollout in early 2014.

“They are announcing pricing with no idea about the construction costs,” van Oppen said of Gigabit. “They have never built any fiber infrastructure anywhere, ever, in the U.S. Until you know what it costs to build something like this out, it’s an awfully bold commitment to make.”