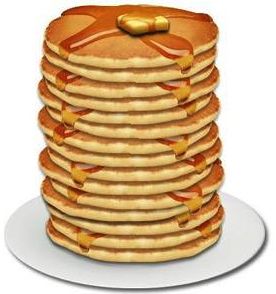 If you go to Twitter or LinkedIn, every other person seems to have a marketing background.  If you open a marketing position at your company, you get more resumes than you would for a front-end developer. The issue could be that there aren’t that many marketing positions available or the supply of marketing talent looking for jobs right now is high.

But the bottom line is that most of these marketing folks are not “Full Stack Marketers” qualified to work at a startup.

Just a few years ago Randy Schmidt coined the term “full-stack web developer” to define a software developer who could work in any layer of the technology stack, from architecture to database, from front-end to business logic, from UX to HTML. We all knew what it meant to be a “jack of all trades” developer at a startup, but the term gave clarity to why “full-stack developers” were critical to build an early startup team. You can’t afford to have a VP of Engineering whose whole job is to manage the engineering team because you don’t have an engineering team. You can’t afford to have a DBA just to manage the database, because your database doesn’t have enough data. At the same time, every week you need a few hours of DBA, a few hours of “VP-ing,” a few hours of architecture design, a few hours of HTML/CSS coding, a few hours of API integration, etc. The solution startups found is to have full-stack developers.

And that’s exactly what’s missing with most marketing folks who want to join a startup. You have to know (nearly) it all. You don’t have to be good at everything, but you have to have enough exposure and experience at all levels of the marketing “stack” to be able to make good calls on how to spend your time, money and other startups resources in order to maximize the value you bring to the table. It’s not enough to be a brilliant marketing strategist and not know how to execute those strategies. It’s not enough to have a bag full of tactical tricks if you can’t create cohesion for the company positioning. It’s not enough to be a master of Social Media and have no idea how SEO works.

If you are a marketer working at a startup, today you might be strategizing about a new campaign, and tomorrow you’ll have to go open Adobe Illustrator and change the copy on a flyer that you’ll send to be printed at Staples later. In the morning of the next day you might be trying get ahold of the editor of the lifestyle section of the Seattle Times and in the afternoon you are creating 7 ad variations for a Google Adwords campaign, and that same night you and the CEO will be having dinner with the VP of Marketing of a large consumer company and you’ll be discussing a two-year strategy roadmap and bringing product vision ideas back to the team the next morning.

You can look at our own job description for a Director of Marketing at EveryMove to see the kind of breadth we value, which is very similar to what most tech startups are looking for in that role — including marketing consumer tech products, community building and outreach, social media strategy, search engine marketing, public relations, traditional marketing, and more.

If you think about the startup funnel, where you have thousands of startups in pre-funding stage, hundreds with seed money, tens with a Series A round and so on and so forth, there are very few startups that can get away without having full-time developers on their team from the get go, which means there is a huge pipe of developers being fed at the earliest stages of startup life.

Marketing is different. Usually startups don’t seek marketers until they are funded or they are getting traction and need someone to be thinking full-time about creating customer awareness and acquisition. It doesn’t mean the startup didn’t have someone thinking and doing marketing, but after a certain point they require someone full-time. Since that only happens at slightly later stages, there are fewer startups and fewer available positions for marketers — a search for open job positions at startups on AngelList shows there are 1,214 job for developers and 144 for Marketing at startups.

Since there are so few “full-stack marketers” startups must make it happen by getting marketing folks from somewhere and often making a bad short-term decision. Talent may come fresh out of college, from big companies, from consultants who have been doing marketing for small businesses, or agencies. But each of those have their own challenges switching their minds to work at a startup. It’s the equivalent of a Google engineer — accustomed to building software for 100 million people to use — joining a nimble startup trying to get its first 1,000 users and which might be running out of money in 6-months. Scaling is not as important as experimenting and being fast. There is a major mental shift that needs to occur and it’s not uncommon for developers to take 6 to 12 months, or more, to “get it.”

Addressing the Root Cause

The real problem here is that marketers are boxing themselves in too early in their career. My recommendation is the exact same recommendation I give to developers who spent way too much of their career focusing on a single technology and becoming experts in one field. I tell them to go do side projects and expose themselves to the knowledge and field of expertise they haven’t be exposed to before. For a marketer, that means to get side-projects for a non-profit, small business or your cousin’s beauty salon. Go learn the things that are lacking to give you a broader knowledge of marketing. If you have never run a Google Adwords campaign, go run one. If you never done SEO for a website, go learn about it at SEOmoz. If you haven’t written a press release in a while, offer to write one for a friend who owns a business, and get a friend or two in PR to give you feedback. Go learn about the latest and greatest of Inbound Marketing.

This is not about being good at everything. It’s about increasing your breadth of experience to make sure you can be as flexible as startups need their employees to be.

Marcelo Calbucci is the co-founder & CTO of EveryMove, a rewards program for physical activity. You can follow him on Twitter @calbucci and on his blog.