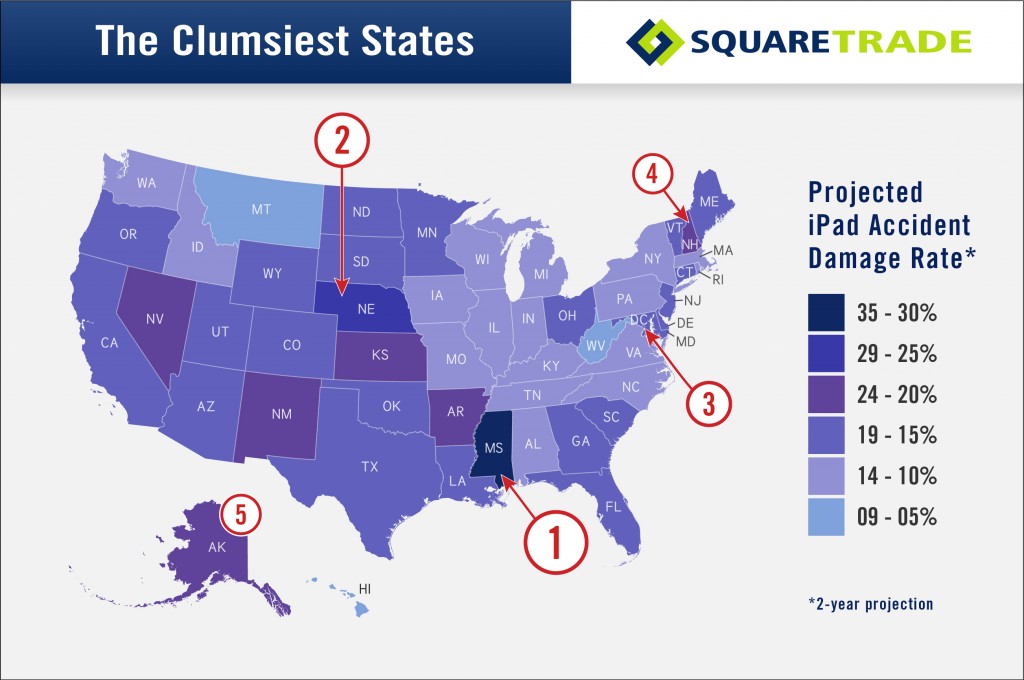 There’s a survey for just about everything these days, and this one certainly grabbed our attention. Warranty provider SquareTrade has ranked the states where people are most likely to drop, damage or break their iPads or iPhones. 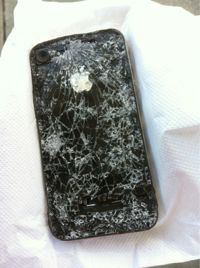 Now, we’ve dropped our fair share of gadgets over the years (I cracked my first iPhone on election eight in 2008, while columnist Monica Guzman’s phone once flew off the roof of her moving car. GeekWire’s Todd Bishop walks the danger line since he refuses to put a protective case on his phone, but has managed to escape disaster. Previously:  5 reasons I think you’re nuts if you own a naked iPhone.

Mishaps are bound to happen when you constantly lug around a glass-encased gadget. But there are some places where accidents tend to occur with more frequency.

Those butter fingers in Mississippi lead the charts, ranking in the top five in both iPad and iPhone damage, with an accident rate of greater than 30 percent. South Carolinians also are prone to breaking their tablets and smartphones.

Maybe it’s the hot temperatures in those locales that cause the devices to slip out of residents’ hands.

“At SquareTrade, we’ve found most devices fail due to drops and spills. iPhones and iPads are fragile devices and sometimes all it takes is small drop to shatter the screen,” said SquareTrade’s Ty Shay, whose company conducted the survey based on intermal claim data.

Washington state ranked in the middle of the pack with an incident rate of more than 15 percent for both iPads and iPhones. 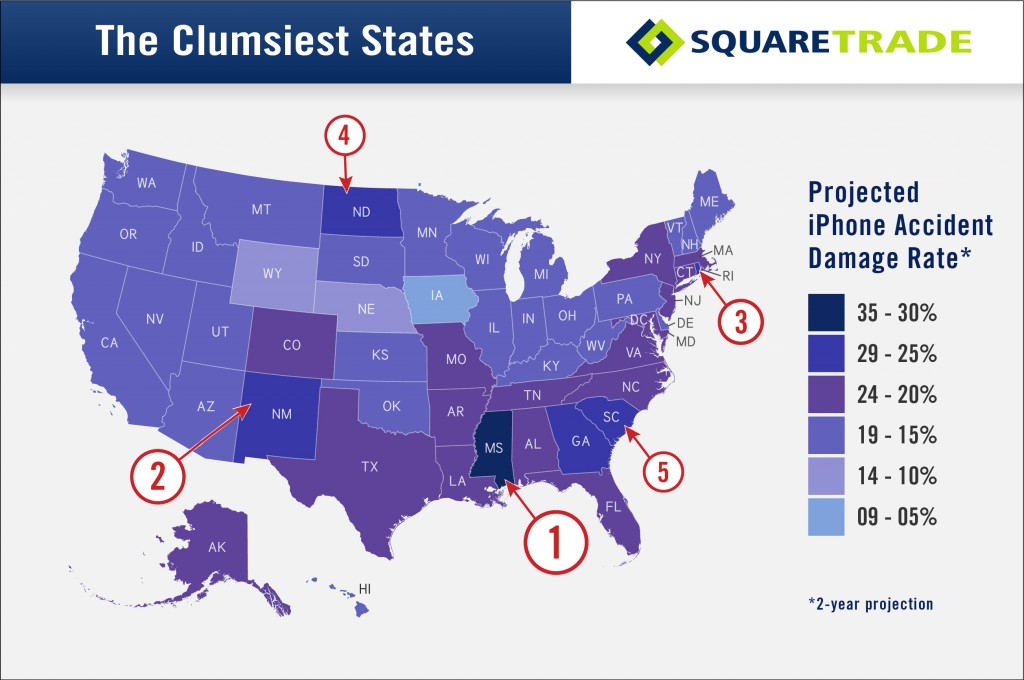