Facebook’s initial public offering last week has sparked a new conversation about IPOs. But what really does it mean when a company offers shares to the public, and why should we care?

A new study from the Kauffman Foundation tries to answer that question, analyzing the revenues and jobs created by companies before and after they went public. Here’s what the researchers found:

As folks like to say, hindsight is 20-20. But the report also produces some other interesting factoids.

Interestingly, the report also digs into what it calls “Schumpterian Innovation,” the idea that  certain companies can revolutionize entire economic sectors in part through “creative destruction.” To illustrate the point, the researchers looked at three companies that conducted IPOs: Amazon (1997 IPO); eBay (1998 IPO); and Google (2004 IPO). 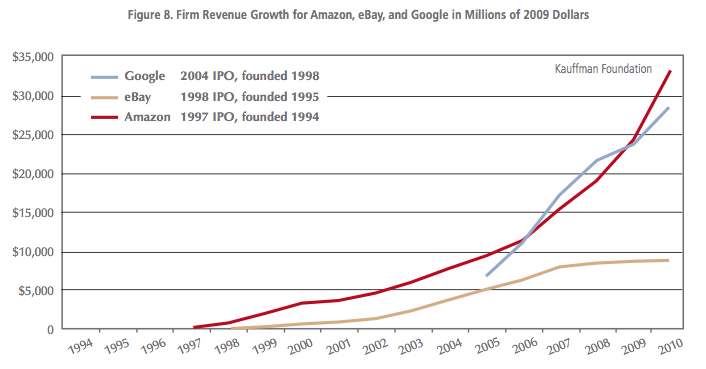 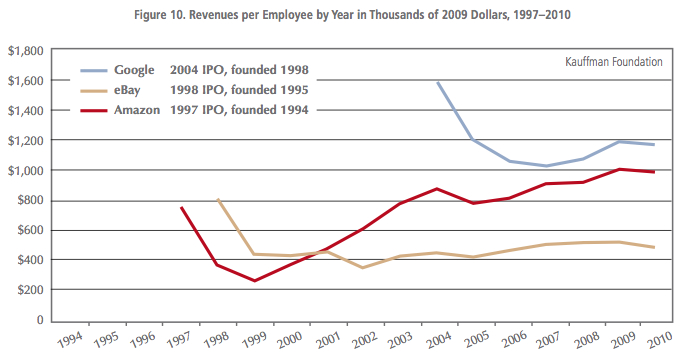 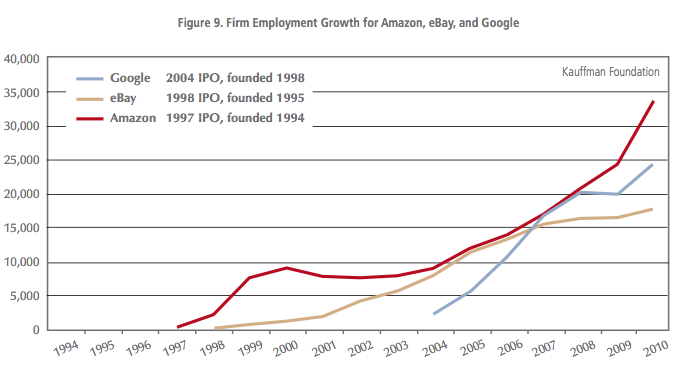