Microsoft’s Xbox 360 is the title sponsor of the Seattle Sounders FC soccer team — which means that fans show up at games with the Xbox 360 brand across their jerseys.

But where do their loyalties really lie? Team GeekWire spoke with some Sounders fans before Sunday’s 3-1 win and asked fans what their favorite game console of all-time is. A majority went with something other than the Xbox — watch the video above or read the transcriptions below to find out more.

Unfortunately our attempts to corner head coach Sigi Schmid on the topic were not successful, as he wiggled away from our inquiry at Occidental Park. It remains unclear what his favorite video game console is. 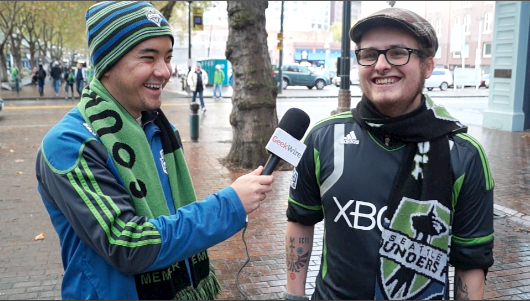 “Super Nintendo no doubt, Super Nintendo. Best lineup of all time and the three best games of all time – Super Metroid, Mario World and Link to the Past. I feel like Nintendo does more of the gameplay over the graphics and I feel like they’ve been better to their fans over time. But I don’t know about sports-wise – they don’t treat the Mariners so well.” 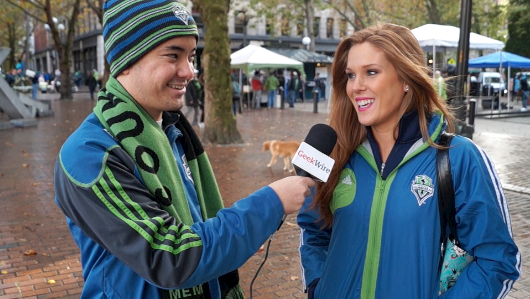 “I’m a dancer so I actually really enjoy the Xbox Kinect so I can do that dancing game. I also like watching my boyfriend play a lot of games and he’s obsessed with GeoWars so he’ll play that for hours and hours. So I enjoy watching people play, as well as play myself. I like Xbox because they have a variety of games. It’s not just for guys – girls can play them, too.” 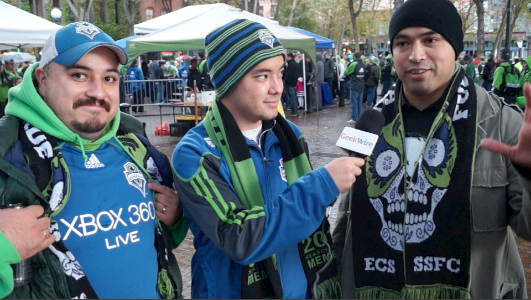 “I got to go with my PS3 for sure, always, always. I got the first one when it first came out. I still have the one that plays the old school PlayStation games. That’s the one. I like the PS3 because it can play the Blu-Ray, do online gaming, multiplayer and the grahpics are ridiculous – ridiculous, man – and it’s the first one the market. The first is always the one taht eveyrone tries to beat.”

“You can’t go wrong with the old schol classics. I still got my old school Nintendo with Techmo Super Bowl on there. The new technology is ridiculous and you can’t beat it, but it’s cool to go back and play the old ones once in a while, too.”

” You can see what my shirt says – Xbox 360. It’s taking it to the next level. You can watch ESPN2 for free and the gaming and graphics are top of the line.” 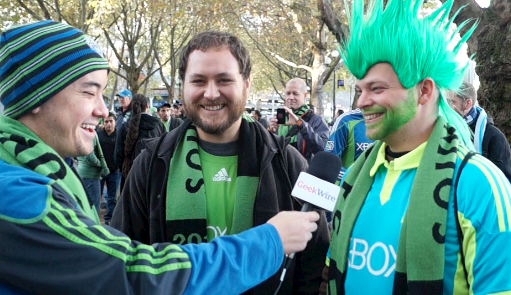 “My favorite is the PS3  because of the advancements in technology. being able to get good gameplay and good graphics. 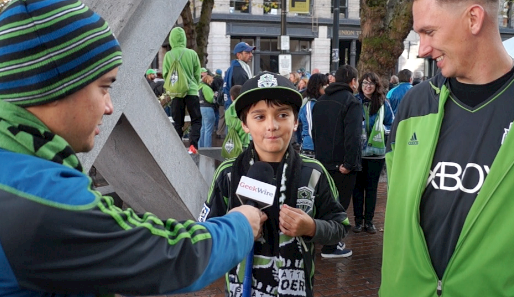 “He’s counting the hours he’s used on them, so that’s probably why he picked the PS2. I just like the Xbox. Better graphics, all that good stuff.” 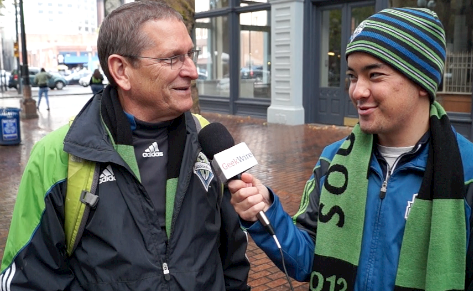 “I think the Xbox with Kinect is the best because you don’t have to hold the console. You are the console. It’s easier for an old guy like me to understand.” 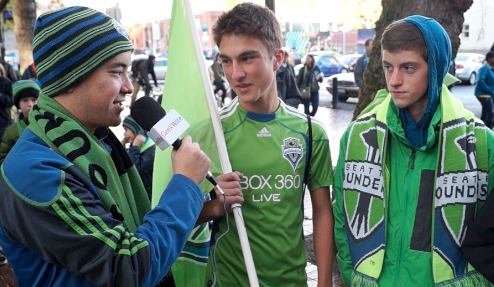 “Definitely the Gamecube. Just all the games that were on it, the controller, everything was new. I like it better than the Xbox.”

“Probably the Nintendo 64. It revolutionized the graphics.” 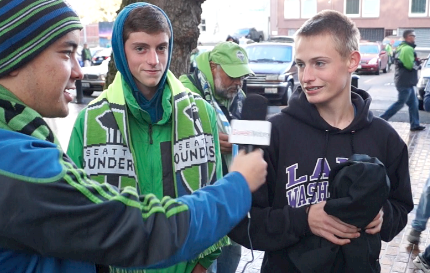 “Nintendo 64 because of the originality.” 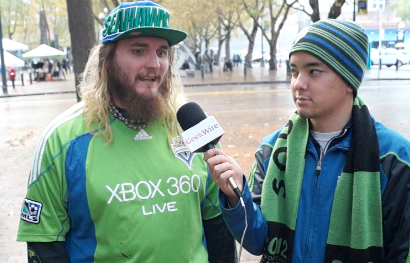 “PlayStation 2 had the best diveristy of games and yet still let me play multiplayer when I wanted to. It was overall a great console. I had both [Xbox and PS], but Sony’s game lineup was much better. I liked how they handled their dashboard system more than Xbox. It was just a lot better. I’m a fan of both – I have them all. But if I had to pick one of all time, it’s the PS2.”

Previously on GeekWire: iPad fans react to Windows 8 tablet – will they switch?