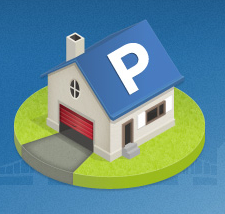 A new online service that allows home owners near airports, sports stadiums and movie theaters to rent out parking spots in their driveways is coming to Seattle. ParkatmyHouse, a matchmaking service for drivers and property owners that’s popular in Europe and recently expanded to New York, Boston and D.C., plans to launch its service in Seattle later this month. The company has been signing up property owners for the service, and is tentatively targeting a launch of March 23rd, said chief operating officer Alex Stephany.

Stephany said they chose Seattle because it is a “progressive city” with a “high level of tech saviness.” But Stephany also noted that there’s a good deal of civic pride of people who want to help each other.

“Our model of pre-booked parking eliminates the huge amount of traffic and car pollution caused by circling,” said Stephany, referring to the practice of driving around the block looking for spots.

By more intelligently utilizing parking spots communities can reduce the “need to build parking garages, which are ugly and become magnets for crime,” Stephany said.

Private spots on ParkatmyHouse typically are 50 to 70 percent cheaper than meters or parking garages. It’s free to list a parking spot, and in some cases churches and other organizations with large lots have made in the tens of thousands of dollars.

The company was started by Anthony Eskinazi who came up with the idea in 2006 while struggling to find a parking sport for the San Francisco Giants’ game. The idea hit when he noticed an empty driveway near the stadium.

The company has over 150,000 registered drivers worldwide, and is just now making a big push onto the West Coast. It is backed by the venture arm of automobile giant BMW.

ParkatmyHouse is part of a bigger trend around online marketplaces related to everything from apartments (Airbnb) to doggie day care (Rover.com). Just last week, we wrote about “peer-to-peer carsharing services” such as RelayRides and Wheelz, which allow individuals to rent their cars to friends.

Given the trendline, it was just a matter of time before folks could start renting out their driveways.