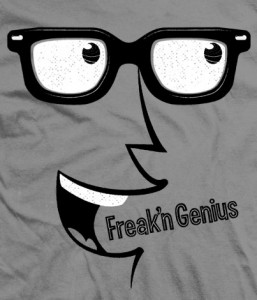 Kyle Kesterson may be known around Seattle as a talented designer, artist and active participant in the Startup Weekend hackathons.

But did you know that the entrepreneur also was the Geico Gecko?

During University of Washington basketball games back in 2009, Kesterson donned the mascot costume of the insurance giant, entertaining fans with his outrageous antics. For Kesterson, the anonymity of the lizard suit was liberating, the equivalent of a super hero costume.

“Our assertion is that people want to act out and be goofy,” says Kesterson. “But they get self conscious when it is them on camera, versus if you put on a costume, you are somebody else. You live vicariously through it.”

The online animation startup uses Kinect to let people crawl into the virtual skin of a variety of animated characters and then create short comedic videos that can be shared over the Web.

“We are making it possible for everybody to create cartoons and animation in real time using the Kinect,” explains Kesterson, who previously co-founded the Seattle startup Giant Thinkwell. “We give people virtual costumes that they can animate in real time.”

For example, the company is currently experimenting with a presidential debate theme in which users can choose either Mitt Romney, Ron Paul, Barack Obama or Satan to debate the issues. Users then add their audio to the clips, with the Kinect picking up the creator’s body motions.

Working with co-founder and sketch comedy artist Clayton Weller and technologist Dwayne Mercredi, Kesterson said that the goal is to empower ordinary Joes and Janes to create funny videos that can be spread virally through social media channels. In that regard, it is somewhat similar to JibJab, though inverted since JibJab typically encourages users to upload actual photos of the content creators to the animations.

That’s an important distinction in Kesterson’s mind, going back to his feelings as he paraded around courtside as the Gecko.

“It is the range from somebody who just wants to jump up and tell a joke … to semiprofessional content creators to even business creators who want to do video demos of their product or class presentations to make them more interesting,” said Kesterson. “It is just a more compelling way to digest that information.”

The Freak’n Genius team has yet to launch the app publicly, but they’ve been showing off versions of the service at various events around Seattle, enticing members of the artistic community to kick the tires on the concept. Over the past week, Kesterson has been at the SXSW interactive festival in Austin, Texas trying to win converts to the concept.

“Getting it in front of people is obviously the biggest challenge,” says Kesterson, adding that the reception in Texas has been positive.

Kesterson, who started the company earlier this year, said they are still exploring what type of content themes and business concepts will hit the mark. They’ve discussed everything from karaoke to children’s theater to a party version of the app.

‘That’s what we are testing right now,” says Kesterson. “Where is this going to live as a business?”

In order to help solve that dilemma, Kesterson and the Freak’n Genius team hopes to get accepted in the TechStars Kinect accelerator. (The enrollees in that program are expected to be announced in the coming days).

But Kesterson thinks they are on to something that others haven’t yet mastered. And while Microsoft has unveiled things such as Avatar Kinect (watch GeekWire’s Todd Bishop give it a try in this weird video), Kesterson said that he thinks there’s an opportunity for his tiny startup to maneuver in the ever-changing online entertainment space.

At this point, Kesterson said that Microsoft itself has a small collection of themes that individuals can play with when it comes to Kinect. But he added that the art assets available to consumers right now “aren’t that interesting, and the polish isn’t that great.”

He also added that a lot of the experiences in Kinect use 3-D, creating a very distinct aesthetic from the 2-D style from Freak’n Genius.

“There’s so much more that you can do with 2-D assets, puppetting, that allows anybody to be able to part of the experience. Because if anyone can draw a circle with a face, like that is your own head asset that you can animate. So, any sort of aspiring artist or illustrator or doodler or whatever can create their own pieces that can be animatable, and it is not just puppetting, it is storytelling in general.”

You can get a better sense of how it works in this video: