Are you ready to dance your heart out for Jabba the Hutt? 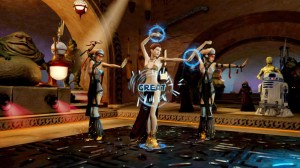 It’s not unusual for derivatives of “Star Wars” to bend the beloved franchise in some questionable ways, but when it comes to dubious ideas, one feature of LucasArts’ long-awaited Kinect Star Wars game for Xbox 360 promises to rank right up there with the 1978 Star Wars holiday special.

The feature is called “Galactic Dance Off,” and the concept will be familiar to anyone who has played “Dance Central” or other games in that genre. Gamers will attempt to dance along to Star Wars-themed songs via on-screen characters including Stormtroopers and Princess Leia in settings including Jabba’s Palace and the Death Star.

Galactic Dance Off has been slated for the game for a while, but it wasn’t until the emergence of recent preview videos that the extent of the feature became clear, much to the horror of Star Wars fans.

The signature feature of “Kinect Star Wars” is the ability to wield an imaginary light-saber in a Kinect-enabled battle, using the motion sensor in conjunction with the console.

The game, which sells for $50, is slated for release on April 3. 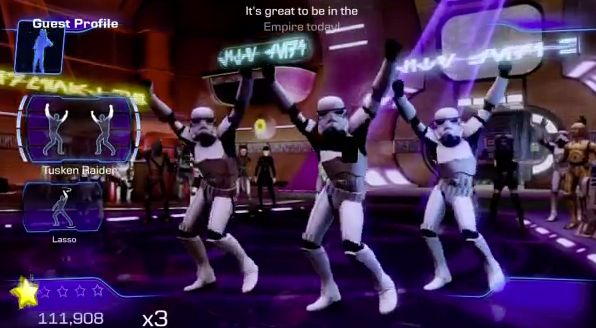