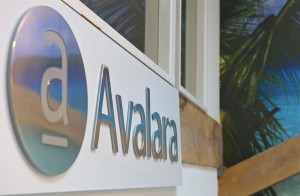 Avalara appears to be cornering the market on office space near the ferry terminals in the Puget Sound region. The maker of sales tax automation technologies, which recently moved into a new 17,500-square foot headquarters building on Bainbridge Island, is expanding along Seattle’s waterfront with new offices at Pier 55.

It is the company’s second Seattle office, following the opening of an office last year at 1000 Second Avenue. With offices now at Pier 55 and along the waterfront on Bainbridge Island, Avalara is one of the few in the Puget Sound region that is positioned along key ferry routes, catering to workers both in Seattle and just to the west of the city.

Avalara now employs more than 300 people, up from about 200 in April 2011. Founded in 2004 by Rory Rawlings, Jared Vogt and Scott McFarlane, the company raised $20 million in venture capital this past summer from Battery Ventures and others.

“Avalara was the first company to deliver sales tax automation that was both affordable and scalable for small and mid-sized businesses, and we’ll continue to transform the way companies do business with our innovative technology,” said CEO McFarlane in a statement.

About 10 staffers are currently working in the new 3,358 square foot office at Pier 55, with plans to add about 10 in the office in the coming year.