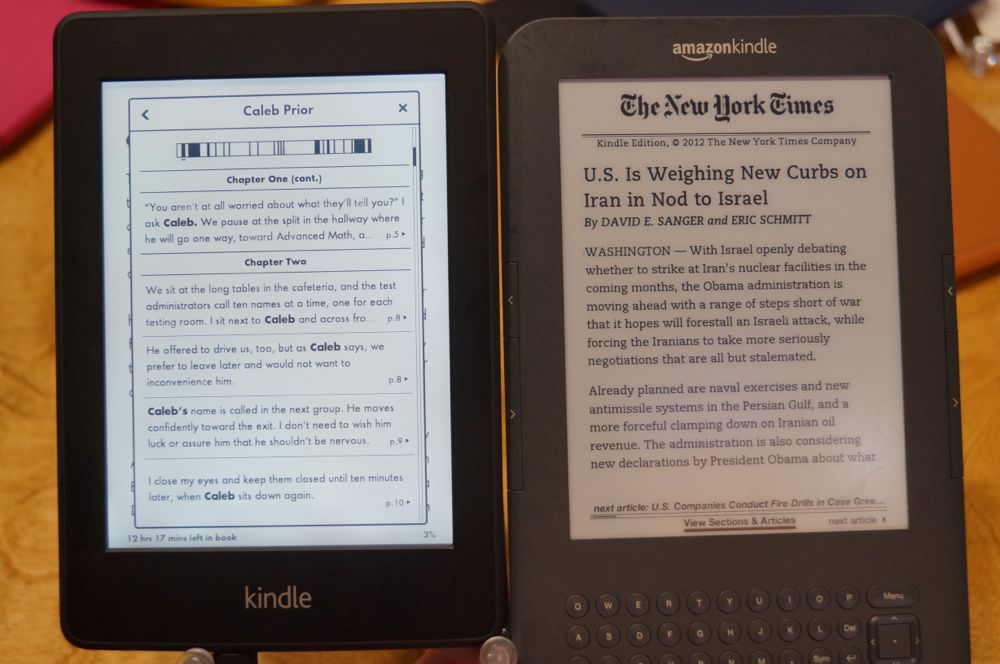 I’m back in Seattle after a whirlwind trip to California for Amazon’s Kindle news conference yesterday morning. Here are a couple more items from the demo session where the company showed the features planned for the new Kindle readers and Kindle Fire HD tablet.

First, I got a chance to check out the new Paperwhite feature of the new Kindle e-readers. This is a front-lit display that points the light down toward the screen, as opposed to a backlit LCD display that shines light out toward the readers eye’s. Amazon says it will create better light for reading without causing eye strain.

In person, it’s an impressive effect, making the existing Kindle readers look positively dull by comparison. See the image above comparing the Paperlight display to my own Kindle Keyboard device.

Second, there was the new “Immersion Reading” feature for the Kindle Fire HD that syncs up spoken-word content from Amazon’s Audible.com unit with Kindle books, allowing the tablet to read the text aloud in a human voice as you follow along with the screen. See my video below for a quick demo of the feature, including the ability to change the speed as you go.

This is a feature of the Kindle Fire HD, but not the new Kindle e-readers.