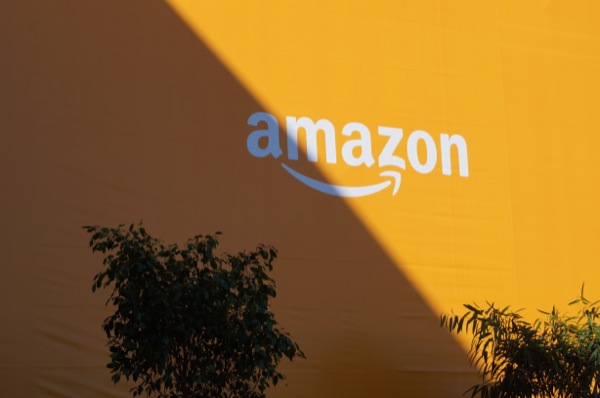 Posting from Santa Monica, Calif.: I’m here this morning for Amazon’s big press event at an airplane hangar, where the company is expected to unveil a new lineup of Kindle readers, plus the next version of the Kindle Fire tablet, and possibly a surprise or two.

Amazon provided a sneak peek at the new products in a television ad last night, including a look at the “Paperwhite” display on the Kindle reader, but one of the big questions is whether the company will come out with a true rival to Apple’s iPad in the form of a larger Kindle Fire tablet, and if so, at what price?

The event is set to begin at 10:30 a.m. Check back here for details as they unfold. 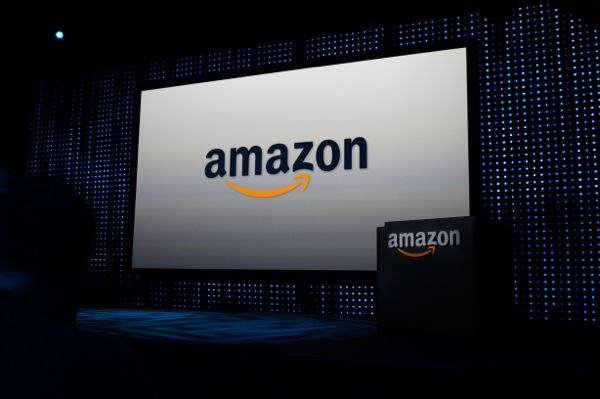 Jeff Bezos comes on stage, says the company has a lot to share today. “We love to invent. We love to pioneer.” 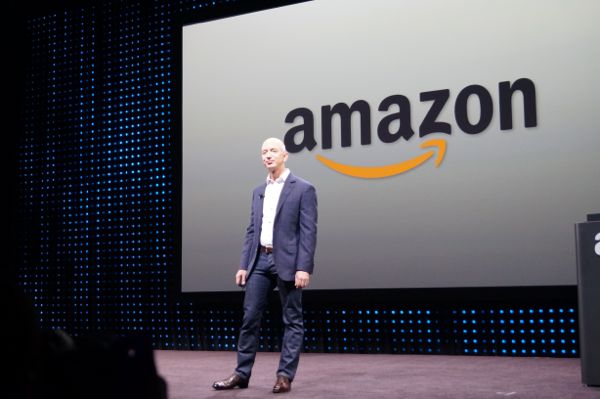 People don’t want gadgets anymore, he says, they want services that improve over time. Kindle Fire is a service. It greets you by name. Comes out of box with content preloaded, makes recommendations.

“Hardware is a critical part of the service, absolutely essential.”

Now showing a video of Kindle customers praising the device, and getting a sneak peak at the new Kindles, with higher resolution and a front-lit display.

Bezos confirms the Kindle ‘Paperwhite’ display. Better contrast, whiter whites and blacker blacks. Front-lit display directs light downward, “exactly like ambient light,” he says. The company worked to improve battery life because it realized that users would want to leave the light on even when they don’t necessarily need it. 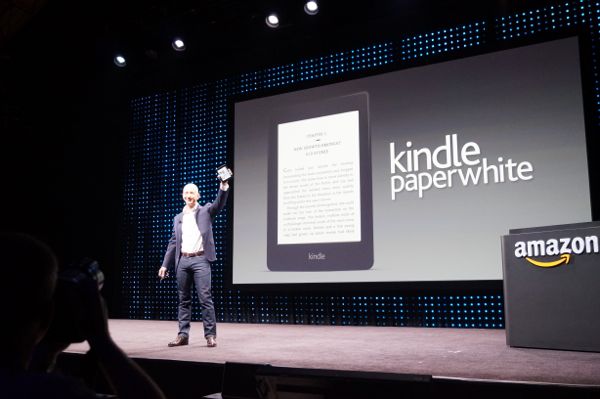 Bezos giving a demonstration on stage.

New feature, “Time to Read,” estimates how much more time people will take to finish the rest of the chapter or the book, based on their reading speed. 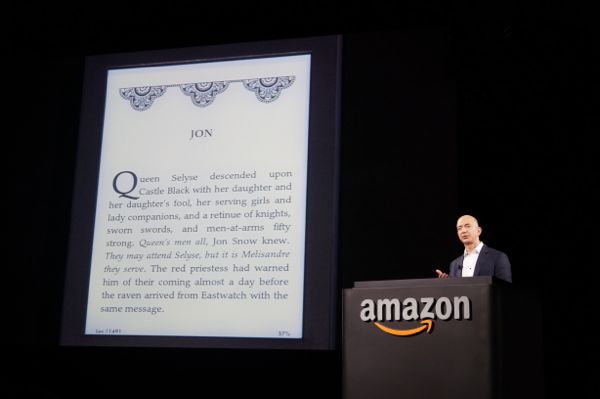 Amazon is keeping ad-supported Kindle, upgrading and dropping price to $69. Ships in September.

Bezos talking about Kindle Direct Publishing, and the avenues it has opened up for indie authors. 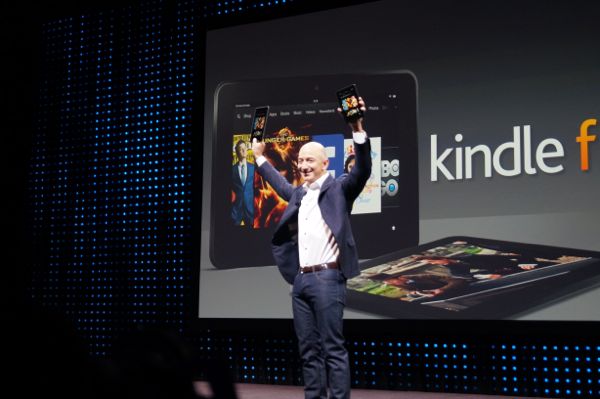 Now Bezos is taking about connectivity. “Other tablet makers are not paying enough attention to WiFi. They are not giving it the attention it deserves.” Bezos giving a science lesson in radio waves and connectivity, notes that two WiFi antennas are better than one. Talking about MIMO technology now.

Kindle Fire HD with MIMO and dual-antennas has 41% faster connectivity than the latest iPad, he says.

“For a high-def device, 8GB is dead on arrival,” he says. Kindle Fire HD starting at 16GB.

Audio books: Bezos announces Whispersync for voice, to synch Audible.com books among devices, let people pick up where they left off on another device.

Whispersync for games, lets people pick up where they left off in a similar way.

“We have built the best Exchange integration of any tablet,” using a dedicated team.

Time limits, parental controls. “Kindle Free Time.” Can set separate time limits for different types of content. Screen turns blue when time limits are up, so parent can tell from across the room. 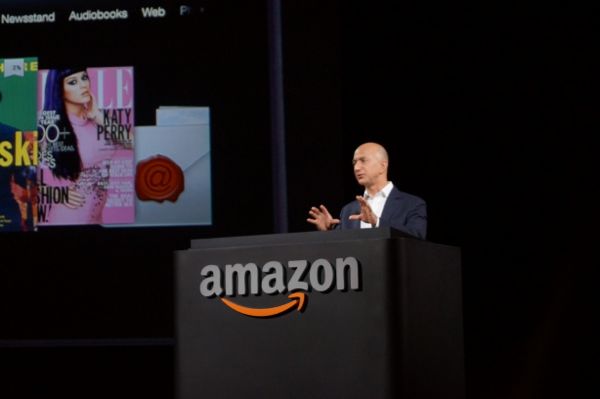 “We want to make money when people use our devices, not when they buy our devices.” 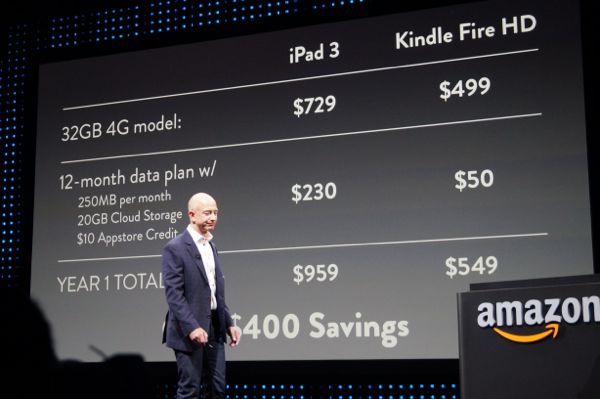 Concluding remarks. “We want to have the best hardware, the best prices, the best content, the best interoperability and the best customer service.”

That’s it! Hands-on time, check back for updates on GeekWire in just a bit.