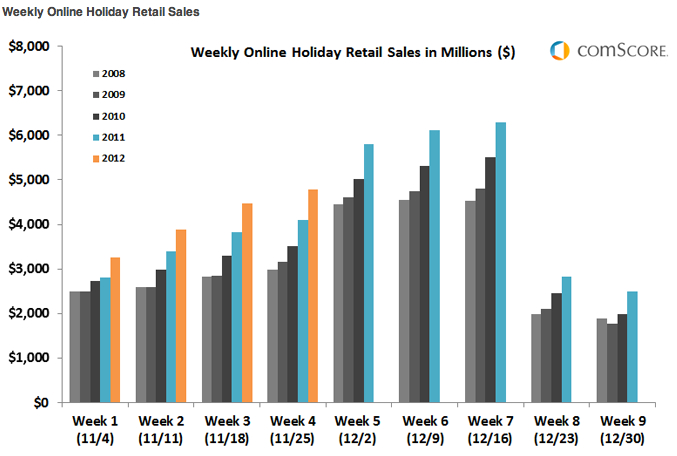 For the first 26 days of the November-December 2012 holiday season, Americans spent $16.4 billion, a 16 percent increase over the same period last year, according to a report from comScore. 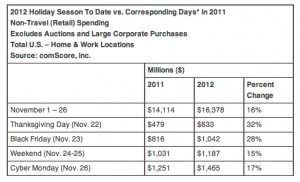 On “Cyber Monday,” comScore tallied $1.465 billion in online spending, up 17 percent versus year ago. That was the heaviest online spending day in history.

“Despite some news reports suggesting that Cyber Monday might be declining in importance, the day has once again set an online spending record at nearly $1.5 billion,” said comScore chairman Gian Fulgoni in a release. “However, it is also clear that the holiday promotional period has begun even earlier this year, with strong online sales occurring on Thanksgiving Day and Black Friday.”