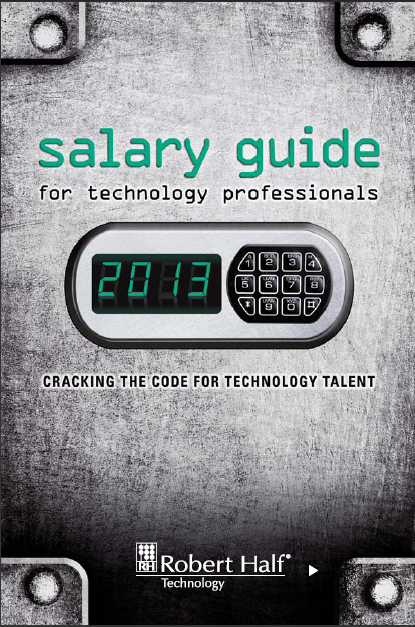 Great news for those in the tech industry and others hoping to get there: projected technology salaries are increasing across the board.

That’s according to professional consulting company Robert Half International, which just released its annual salary guide for technology professionals. The study is based upon nationwide market observations, analysis of current and future hiring trends, as well as workplace research.

From administration to app development to technical support, each of the 75 jobs listed have projected salary increases for 2013. Salaries for tech positions will increase an average of 5.3 percent, which is the largest spike among all fields researched by Robert Half.

The study provided local variances for 150 markets and Seattle salary ranges came in at 1.18% higher than average. New York City had the highest at 1.4%, while Sioux City came in last at 0.78%.

The study made the well-known point that there are simply not enough skilled workers in the tech industry. There are lots of companies thinking about ways to change that, including Microsoft.