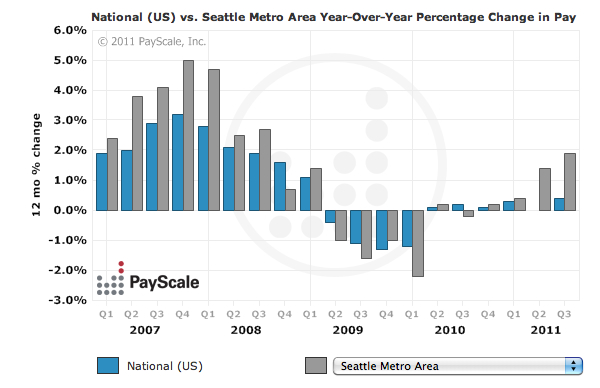 Is it finally time to wave goodbye to the bitter recession? That’s the word from a new report out from Seattle’s PayScale, which found that wage levels in the U.S. have finally climbed back above the previous high period in the fourth quarter of 2008. During the first quarter of 2012, PayScale found that U.S. earnings grew 1.5 percent year-over-year. 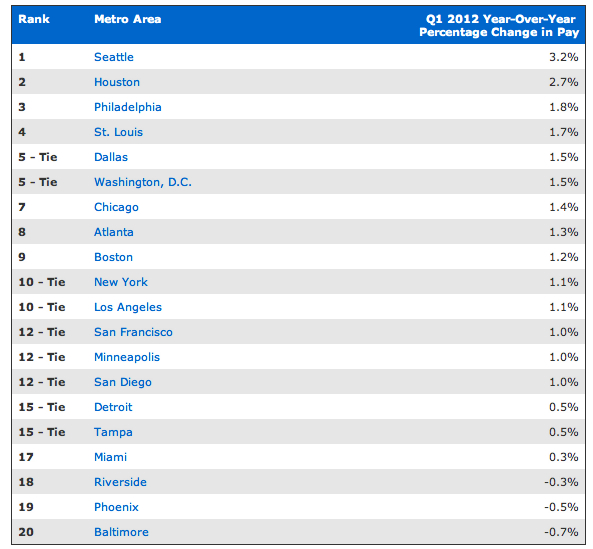 And here’s more good news for those who live in this rain-soaked corner of the country. Seattle took home the top spot with wage growth of 3.2 percent, propelled in part by the strong aerospace and tech sectors. That was ahead of Houston (2.7 percent) and Philadelphia (1.8 percent).

Meanwhile, the tech sector — defined by PayScale as information, media and telecommunications — saw a slight decline in wage growth during the first quarter. 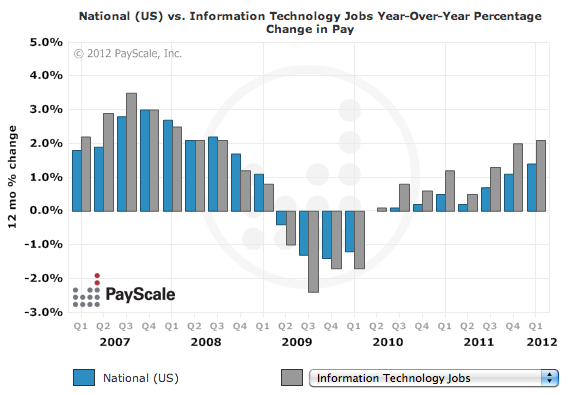 Here’s what the report had to say about Seattle:

The land of booklovers and lattes saw stronger wage growth than the rest of the nation through 2007, with Seattleites’ earnings up more than 6 percent over 2006 by mid 2008. Wages in Seattle then largely tracked the national trends in The PayScale Index, rising more slowly during the rest of 2008, falling during the first half of 2009, and staying flat through 2010.

In 2011, the combination of a strong tech sector, a resurgent aircraft sector, as well as a less-damaged construction industry than was typical nationally, helped earnings for workers in Seattle grow above their pre-recession levels for the first time.