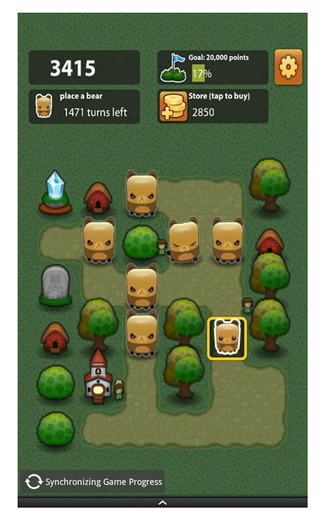 The Kindle Fire isn’t really known as a powerful gaming device. But Amazon.com is looking to change that perception with the launch of GameCircle, a new tool designed for developers to easily add features such as leaderboards and achievements (think trophies, treasures, badges, awards, etc.)

Another new addition is a syncing function that allows game players to save an ongoing game in progress and then pick-up where they left off, restoring a deleted game or switching devices. The new features follow the introduction of in-app purchasing in April.

In a blog post, Amazon.com’s vice president of apps, games and services said that they are just getting started with new features. And the timing is key, since Google is planning to release its Nexus 7 tablet this month and Apple already holds a sizable lead in tablet-based gaming.

The new features also could be a forerunner to the reports that Amazon.com is looking to release its own smartphone. The online retailer also is reportedly working on a new slimmer Kindle Fire with a higher quality screen resolution, one which presumably would be ideal for gaming.

“Our goal is to give developers great tools to quickly and easily reach new customers and keep them engaged,” Ryder said. “That’s why we’re creating easy-to-integrate APIs for features like leaderboards, achievements and sync.”

You can get a better idea how it works in this video.