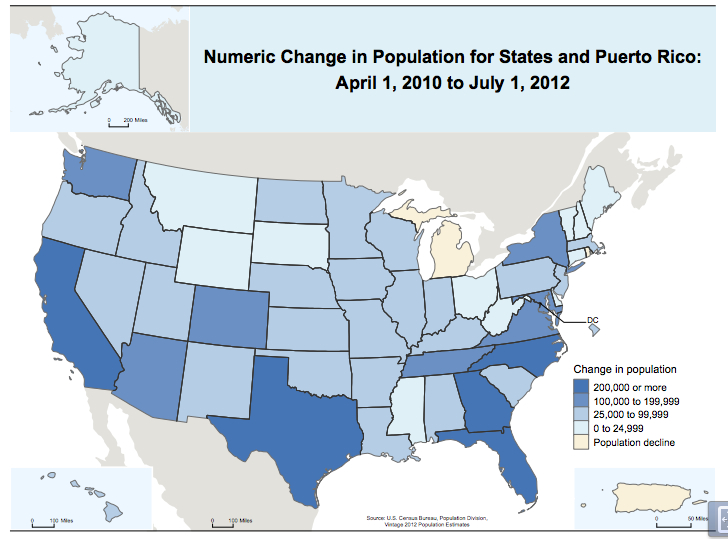 Washington state was among the biggest gainers in population between July 2011 and July 2012, helped in part by the region’s strong technology and aerospace sectors. 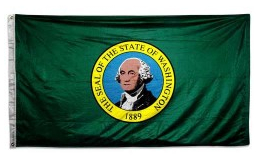 According to new data released this week by the Census Bureau, Washington state added 73,700 people during the period, making it the 8th biggest gainer. As the chart below shows, Texas, California and Florida led the way in terms of number of new residents. North Dakota was the fastest growing state, showing a change of 2.17 percent, followed by Washington D.C., Texas and Wyoming.

Rick Olson of the Puget Sound Regional Council tells The Seattle Times that the state’s IT and aerospace industries have helped draw in new residents. Companies such as Amazon and Microsoft continue to import talent to the region, bolstering the economy here.

Earlier this week, the state’s economic department released a report showing that the unemployment rate had dropped below 8 percent for the first time since January 2009. The state’s unemployment rate now stands at 7.8 percent, while Seattle’s sits at 6.9 percent. 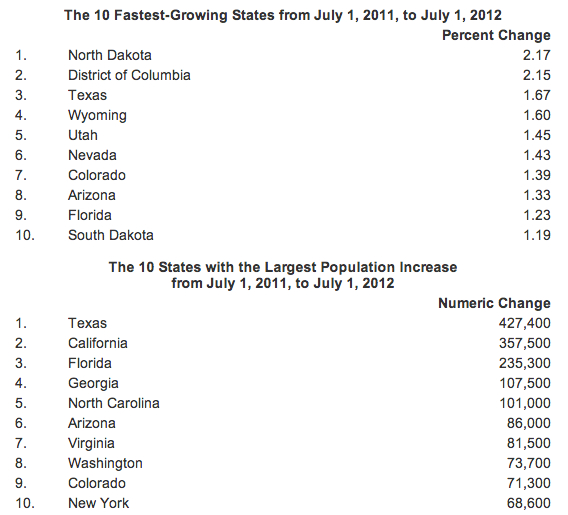