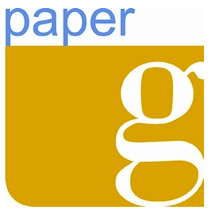 The Seattle area has a rich history of online advertising upstarts, stretching back to the early days of industry pioneer aQuantive. Now, a San Francisco company is moving into town to mine some of that talent.

PaperG, which has developed a way to build local ad campaigns in 60-seconds or less, has opened a new Kirkland engineering office with room for 25 engineers.  Formed by Harvard and Yale grads in 2008, PaperG now employs 23 people, including nine in the Kirkland office. They are currently looking to more than double their presence in the area. The company’s PlaceLocal technology is designed to take a business name and city, and then generate a professional-looking display ad unit.

“We are excited by the quality of talent available here and we are looking forward to growing our company. I don’t think we could have picked a better city to expand into,” said co-founder Roger Lee in a release. The new office is being led by PaperG’s vice president of engineering Dan Chou.

PaperG is one in a long line of companies now setting up operations in the Seattle area, a trend that was started by Google which now employs 1,000 people in the region. Other recent arrivals include Facebook, Splunk, The Climate Corp. and Zynga.

It has raised about $2 million in funding.

Previously on GeekWire: From Facebook to Zynga: A guide to the tech giants establishing Seattle outposts