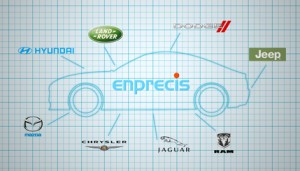 Enprecis has been around for about six years, quietly growing its business for collecting consumer information related to automobiles. But the Seattle company, which employs about 30 people, is expanding its profile these days with a $2.9 million round of financing led by advertising giant WPP.

Enprecis CEO Richard Counihan said the funding marks the first strategic investment in the company since it was founded in 2006.

Enprecis also inked a deal with WPP’s Kantar unit, TNS, to use its “Continuous Quality Insight” service, an offering that allows automobile dealers and manufacturers to easily collect information from car owners after they made a purchase. The company said that its survey rates response rates are higher than other traditional methods, sometimes as high as 40 percent. That allows car makers and dealers to collect more information about the vehicles, reducing the number of complaints and allowing manufacturers to implement new design innovations that prevent recalls.

“The funds will be used for product development, the further globalization of our core CQI product and in support of the sales efforts driven by TNS,” said Counihan, who formerly worked at Who’s Calling.