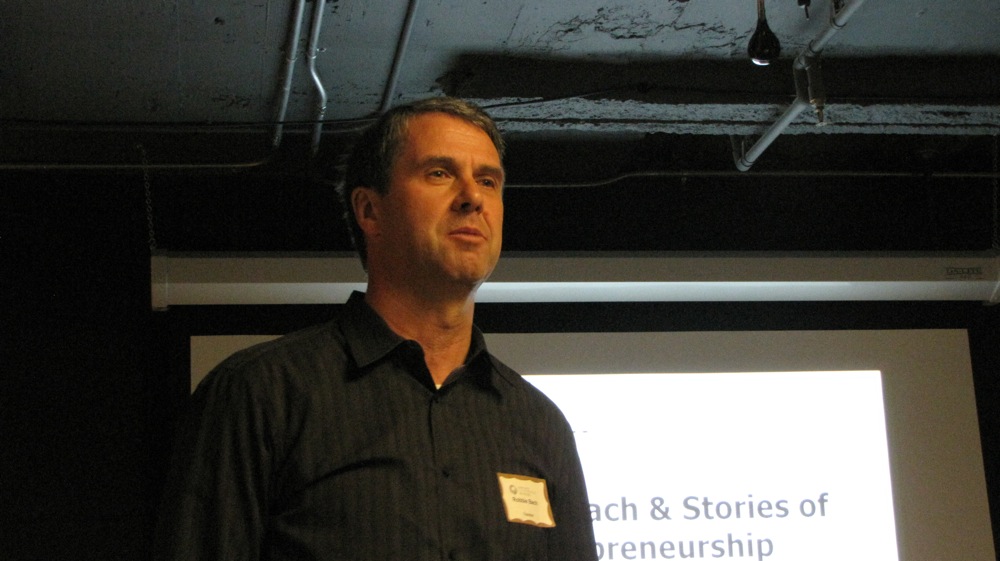 Former Microsoft executive Robbie Bach led the company’s entertainment division through the rise of the Xbox business, which has become a success, by many measures, after billions of dollars of investment and some major bumps in the road.

He also led the division through the launch of the Zune music player, which is “probably universally viewed as less of a success,” as he puts it, charitably.

So what can be learned from the two experiences? Bach compared and contrasted the Xbox and Zune businesses and shared some inside stories during a Northwest Entrepreneur Network event Seattle this morning. The topic was “intrapreneurship” — the buzzword for entrepreneurial projects inside major companies — but as Bach noted, the lessons apply to traditional startups, as well.

Here’s a summary of his main points, with excerpts from his comments.

1) Focus on a discontinuity

In the case of the Xbox, the Microsoft team tried not just to chase Sony’s PlayStation 2 but to think about video games differently. They concentrated on two discontinuities — breaking with the status quo in the games business. First, they put a hard drive in the original Xbox console.

“It turns out to be super-expensive if you don’t structure it right, and the first time around we did not, and so it was an expensive way to get into the marketplace, but it made our product different. It enabled downloads, it enabled a whole set of things to happen that couldn’t happen on the PlayStation 2.”

Second, they focused on broadband, vs. dial-up Internet access, in the form of an Ethernet port built into the original Xbox. That opened the door to online gaming and the subsequent launch of the Xbox Live service.

“In 2001, this is not a joke, we were in a meeting with Bill (Gates) and a bunch of the rest of the senior staff, and we said, we made a decision to take the modem out of Xbox. Bill said to us, that’s the craziest thing I’ve ever heard. So we had a three-week email debate, and had to go back and have a meeting and convince Bill that taking the modem out was the right thing. Today, some people in the room probably don’t even know what a modem is.”

“If I had hindsight, 20-20, and could do Zune over again, we would skip portable media players completely. We would go to what, at the time, was the Windows Mobile team and say we’re going to produce the coolest music service for your phones ever. The portable music market is gone and it was already leaving when we started. We just weren’t brave enough, honestly, and we ended up chasing Apple with a product that actually wasn’t a bad product, but it was still a chasing product, and there wasn’t a reason for somebody to say, oh, I have to go out and get that thing.”

2) Differentiate through marketing and branding 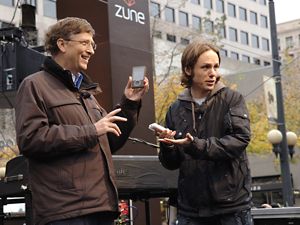 With the original Xbox, the company was able to drive home the point that the console was more powerful than its competitors, and focused on Internet gaming.

“On the Zune side, and this is as much my fault as anybody’s, I think our marketing message was very confused. I don’t think people walked away saying, this is what Zune is and this is why it’s different. This is why I have to have it. We did some really artsy ads that appealed to a very small segment of the music space, and we didn’t captivate the broad segment of music listeners. Not complicated.

3) Find partners who want you to be successful

“When you’re doing a startup, you need friends. It’s just the way life works. It turned out we were able to convince retailers and publishers like Activision, Electronic Arts and others, that it was a good thing for Microsoft to be successful, because if we were not successful, the only game in town was Sony. Being dependent on somebody else was bad for them, and so they supported us disproportionately to what they should have, mathematically.” 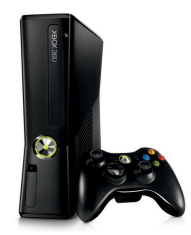 That wasn’t because they loved Microsoft. It was purely out of self-interest on their part.

On the Zune side, Microsoft tried to do the same thing.

“It’s not like we didn’t try but — I don’t know how to say this politely — the music industry just didn’t get it. They just didn’t figure out that being dependent on Apple was bad for them. And they were so hooked on the drug of what Apple was supplying them that they couldn’t see past that to realize that they needed something else to actually drive their business. The label business, the music industry, has never recovered from that.

“If you look at business value, Apple took whatever business value was in the label business and erased it. That’s not a complaint about Apple, good for them. But they erased that, and created some new value for themselves.”

4) Capitalize on your competitors’ mistakes

Microsoft had clear competitors in the launch of both Xbox (Sony, Nintendo) and Zune (Apple).

Apple, on the other hand, “executed incredibly well.” 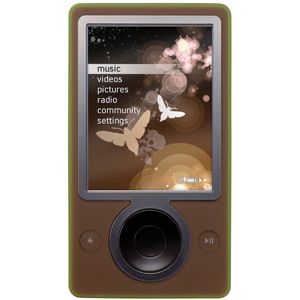 “They have made very, very few mistakes over the last 10 years. It’s remarkable, actually. I give them a lot of credit. I don’t always agree with everything they do, but they’ve made remarkably few mistakes. If you’re in a startup and  your competition doesn’t make mistakes, the world is a hard place, and it doesn’t matter how much money you have.”

At the same time, he also acknowledged the company’s failures such as Bob and Kin, and he talked about the billion-dollar write-off that Microsoft had to take because of Xbox malfunctions on his watch.

That was “the most painful thing in my life,” he said, “but the company persevered through that.”

Bottom line, he said, the lesson is that a “startup” inside a company is similar in many ways to a real startup on its own, apart from obvious differences such as culture and the level of funding. The likelihood of success is the same, relying on factors including the soundness of the strategy, the caliber of the team, the quality of the product, partnerships, and a culture of success.

“Even if you do those things, some startups fail, and that’s just the way the world works. It’s a painful process. That’s true in a big company, and it’s true in a small company. (With Zune and Xbox) the reason one succeeded and one failed had nothing to do with them being part of Microsoft. It had to do with the fact that the batting average at startups is actually not that high. The bar is high to be successful.”

Bach, who left Microsoft in 2010, these days is involved in a variety of projects, including roles on the boards of the Boys & Girls Club of America, the U.S. Olympic Committee and Sonos. He and a partner are currently in the market to buy a small business, not in the technology industry.