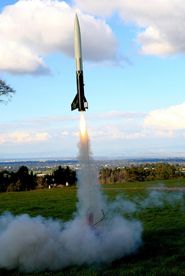 There are more ways now than ever for you to start a business. Startups are a hot topic and it seems like everyone is launching a new company.

But just as easy as it is to launch a startup, it’s even easier to make mistakes… unless you slow down and learn from history.

Here’s a walk down memory lane with some important lessons that you can take away from each innovator.

Looking for a substitute for shellac, Belgian chemist Dr. Leo Baekeland wanted to study the reaction between phenol and formaldehyde. The result was Bakelite, the world’s first synthetic plastic. Because of its non-conductive and heat resistant properties, Bakelite opened the door to an entire range of electronic products like phones, radios and stereos.

For start ups, scale is always a concern. And there’s no question: handcrafted products are superior. But they’re slow to make and very expensive. This was true with automobiles back in the early part of the century. Henry Ford’s innovation wasn’t the car—but how to build it. His assembly line is a manufacturing marvel of speed and efficiency.

It’s mind-boggling to think that people once lived without air conditioning. We take it for granted. But before 1915, only the wealthiest of the wealthy had it. Until Carrier saw the huge market.

One Aug. 4, 1930, America’s first grocery store opened, allowing people to shop for all their food needs in one place. No more visiting the vegetable cart, the fruit cart and the meat market. Everything was for the first time under one roof.

Their story is a Silicon Valley legend: out of the garage in Palo Alto, Bill Hewlett and Dave Packard launched HP. A precision audio oscillator was their first product, Walt Disney being one of their first customers. But the company was unfocused—until they decided high-quality electronic test and measurement equipment would be their money makers.

Ray Kroc bought into a small, San Bernardino burger joint and within a decade turned it into a global empire. His first innovation was to create a universal system that provided fast service. His next: franchise the restaurants. These franchisees pay rent, royalty and fees to the corporation as they expand into new markets.

Sam Walton knew he would get crushed by competition if he opened his store in a major city. Instead, he dropped his prices slightly and served neglected markets and within 25 years operated 1,198 stores with annual sales of $15.9 billion. 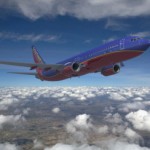 Even though Herb Kelleher and Co. saw losses the first two years of incorporation, his strategy of quirky culture, low fares, stripped down features and servicing neglected markets eventually paid off. Southwest is now the largest airline in the United States with a fleet of 552 airplanes flying over 3,500 flights a day.

Software isn’t what made Microsoft. It was the partnership with IBM. That partnership allowed them to bundle their OS with IBM computers. For every sale, Microsoft got a royalty. Their future was also secured when the personal computer market took off.

It’s not easy putting your finger on Apple’s legacy. Is it the Mac? The iPod? iPad? Apple advertising? Steve Jobs? Apple Store?  More than likely, all of the above. The Apple mystique is made up of superior products correctly positioned in the right markets. Friends, it doesn’t get much better than this.

1978 The University of Phoenix

It’s an understatement to say that John Sperling tapped a nerve with working adult students who were often treated like second-class citizens on a traditional campus. As of March 2010, 538,000 people have graduated from the University of Phoenix. To give you an idea of how deep their pockets go, in 2006 the mammoth for-profit institution paid $154-million for 20-year naming rights to the Phoenix football stadium. That’s less than a quarter of their annual marketing budget.

What started as a research project between two Stanford grads who theorized of a better way to evaluate relationships between websites turned into a small company that eventually dominated the search space. PageRank, a simple but potent innovation, sparked its domination. It’s answer to the revenue question? Equally simple but potent: AdWords. 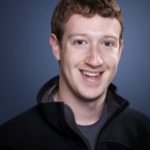 What makes Facebook so irresistible for some—casual connections all the way to full-blown reunions involving long-lost family members—is also what makes it problematic for others—lost lovers reuniting, much to the chagrin of their spouses. Zuckerburg’s brain child takes the need to belong to a whole new level. Eight hundred million seem to think so.

5 Reasons These Companies Were Successful

Launching a new business isn’t easy. It’s a lot of work and nobody can promise you it will end well. Silicon Valley is as much an entrepreneurial incubator as it is a graveyard.

But if you want to hedge your bets against failure, learn a few lessons from start-up history. Here are five.

Successful start-ups understand the market, their customers and their competition. In fact, that’s where they start. They look for the need, decide if another company is trying to satisfy that need, evaluate whether the audience for that need is sustainable profit wise and then determines the best product to sell.

Henry Ford understood that nearly every single adult in America could be his customer. How could he reach and dominate that market with the current cumbersome manufacturing process? He couldn’t. He had to build a decent car faster.

Sam Walton lowered his prices and catered to a lower income bracket, which happened to be enormous and just as spend happy as their higher income cousins. 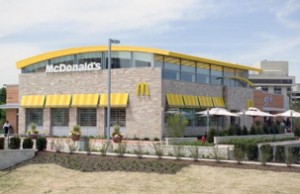 After a sound business model a start-up needs to figure out how to make cash flow into their corporate account. It doesn’t come because you’ve got a great idea. It comes because you are giving people want they want. And they are willing to pay for it.

This is sheer speculation, but McDonald’s may not have been the empire it is if selling burgers and fries provided the bulk of its cash. That’s high volume at low-margin, which can be a profit headache, not to mention put a damper on growth. Instead, McDonald fueled expansion through its franchise model that in turn poured revenue back into the company.

Google figured out its revenue through AdWords, which proved to be a monster method to generating cash. Facebook shadowed Google with its ad network, which is proving to be lucrative as well.

Often new businesses lowball their products in the hopes people will beat a path to their door. Not the case. Low prices don’t always draw the crowd.

On the other hand, charge too much and you could flounder. Southwest understood this. Keheller saw airlines offering perk after perk to justify their high airfares. To hell with it, Keheller thought, and stripped his planes down (including the bag of peanuts) and charged a low fare based upon the premise that some people didn’t care about first class. They just wanted to get somewhere cheap.

Marketing always seems to be an afterthought for startups. Sometimes it’s just flat out confused with sales. Both situations can cause you problems.

There’s a reason University of Phoenix spends more on marketing than other expenses: exposure to the market comes before people will ever buy your product.

In fact, it could be said about all the companies above that they spent a substantial amount of their budget on marketing. From protecting their patents and logos to buying spots on TV, they knew that to effectively sell a product the audience needed to know why it must have one in the first place.

Scale is always a problem for a company. But if you mastered that, one of the consequences of growing spurts are the people who work for you start to suffer. This is where you have to start thinking about job performance, benefits, promotions, sick leave, vacations and company culture.

HP stands out on this front with its HP Way: make a technical contribution and meet customer needs. In other words, take care of your people and demand results.

While you may be in the middle of a startup renaissance, it’s a good idea to check your enthusiasm at the door and ask yourself a few questions before you get yourself in trouble:

If you answer no to these questions then you need to go back to the drawing board. And if we’re having trouble coming up with solutions, then look back over history and study those who’ve come before you successfully and adapt their practices.