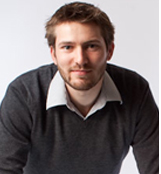 It can be downright inspiring watching ideas percolate at Startup Weekend — the 54-hour coding marathon where developers, artists, attorneys, VCs and startup geeks from around the world try to build new companies at hyperspeed. But, oftentimes, come Sunday night after the final presentations are made and the last cans of soda pop are consumed, the best ideas wither away.

Startup Weekend’s Clint Nelsen wants to breathe life into some of those projects, injecting them with the capital and mentorship they need to transform from weekend prototypes into real revenue-generating companies. To do that, Nelsen has left his full-time gig at Startup Weekend (where he remains an unpaid director) to form a closely-affiliated, for-profit entity called Startup Labs.

“I want to see teams continue their projects after the weekend,” said Nelsen. “And I want to see simple band-aids that we can apply and heal simple wounds that people have that otherwise, if left untreated, (cause) that project to blow up.”

Hundreds of teams have already walked through the doors of Startup Weekend, a non-profit organization supported by the Kauffman Foundation.  (Just to give a sense of its global reach, upcoming events are scheduled for  L.A., Tokyo and Lagos, Nigeria).

Nelsen has been kicking around the Startup Labs concept for awhile now, but it only started to take root after he allied with Russian entrepreneur Arkady Moreynis. A past participant and organizer of Startup Weekends, Moreynis has committed to provide the seed capital to bankroll the new ideas coming out of the events.

“We’ve been approached by a number of people in the past to do something like this, but with a normal investor I’d be hesitant to put something like this together,” said Nelsen. “With Arkady being so close to Startup Weekend and having run so many of them … he understands the format, the value … and all of the good and potential friction that that format can create for teams.”

Because Startup Weekend projects are so early-stage, Nelsen added that the investments aren’t meant for the typical venture capitalist or even angel investor.

“There are all sorts of inherent risks” at that stage of development, notes Nelsen. But, he added, that the Startup Weekend crew is starting to prove that “great teams can come out of that format.”

The investments in the three-day old companies will typically be in the tens of thousands of dollars, with Nelsen saying that the goal is to have the companies attain a $200,000 valuation on Sunday night.

At this point, Nelsen said that they’ve bankrolled a company that emerged from San Francisco’s Startup Weekend called Fundraiser7.

Other real companies have emerged from Startup Weekend in the past without Startup Labs’ support. And those in Seattle, need look no further than attorney-turned-entrepreneur Eric Koester to find examples. One of this first Startup Weekend projects, the iPhone application Learn That Name, sold to Gist. And now he’s involved in another company, Zaarly, which was born at Startup Weekend in L.A.  (The company counts actors Ashton Kutcher and LeVar Burton as backers). Seattle’s Giant Thinkwell — which just raised cash from Madrona Venture Group — also got its start when founders Kyle Kesterson and Kevin Leneway met at a Startup Weekend.

And, at the last Startup Weekend in Seattle, Greg Gottesman’s project — A Place for Rover — won the accolades of judges and fellow participants. It continues to move forward as an active company, with two full timers pushing the concept ahead.

At Startup Labs, Nelsen wants to help polish more of those gems.

And just how will Startup Labs pick among the hundreds of talented entrepreneurs that walk through the doors each weekend? That’s the easy part.

“You’ve probably seen that magic of when you see a team demo on Sunday, and everybody in the room just knows,” said Nelsen. “And the real variable is will they be able to continue to execute on that idea?”

Startup Labs wants to give those new fledglings the absolute best chance to fly.