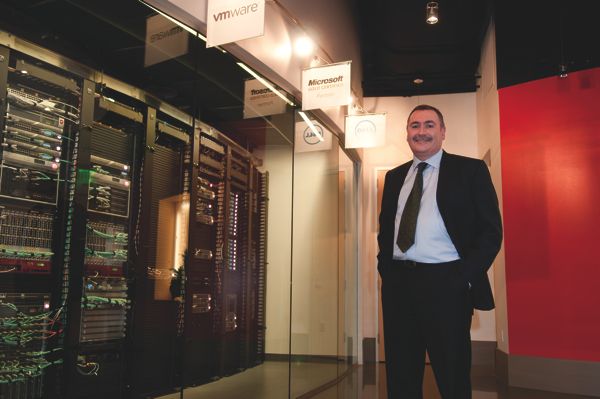 Over the past decade, John McAdam has led F5 Networks on one of the more impressive growth paths in the Seattle tech industry. When the former IBM and Sequent Computer executive arrived at the helm in 2000, the networking equipment and software maker was doing just over $100 million in revenue.

In 2011, F5 hit a major milestone. McAdam and his growing team posted $1 billion in revenue for the 2011 fiscal year.

That puts F5, which now employs more than 2,400 people worldwide, in a pretty exclusive club in Seattle tech.

A Scotsman who graduated with a computer science degree from the University of Glasgow, McAdam has guided the company to success while keeping a relatively low profile. F5’s products don’t really lend themselves to headlines, but the company is still riding the cloud computing and mobile trends in a big way by helping customers speed up the delivery of applications over the Internet.

You’ve also got to respect an executive who appears on CNBC as the stock is getting trounced, as McAdam did earlier this year. In the interview, McAdam addressed Wall Street’s concerns and listed a host of reasons why F5 was still a strong growth story.

“We feel good about our business, and we feel good about the momentum that’s coming,” McAdam said at the time.  That momentum hit in recent months. While F5’s stock is still down 13 percent on the year, it has been experiencing a nice late-year rally. In the past three months, F5 is up 47 percent.

Thanks to our sponsors Zillow, Bing, Filter, Facebook, thePlatform and Barokas PR for helping to make this special evening possible.