Microsoft Flight, the long-awaited successor to the company’s classic Flight Simulator franchise, has started accepting applications for its first public beta, set to start in January. 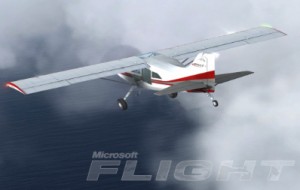 Microsoft Game Studios says the new PC game will aim for a more “universal appeal” than the traditional Flight Sim, with options for simpler controls, a persistent online world and elements of social networking built into the game.

The new game “builds off its heritage of deep, immersive simulation and is redesigned to make the experience easier for virtual fliers of all interests and skills,” the Microsoft Flight team says on an FAQ page.

The company closed Aces, the team that was responsible for the nearly 30-year-old Flight Simulator franchise, as part of its broader cutbacks nearly three years ago. It was a highly controversial move among the hard-core flight simulation community.

Microsoft has been previewing the new Microsoft Flight with a series of screenshots and videos, including the one above. More details on the beta available here.