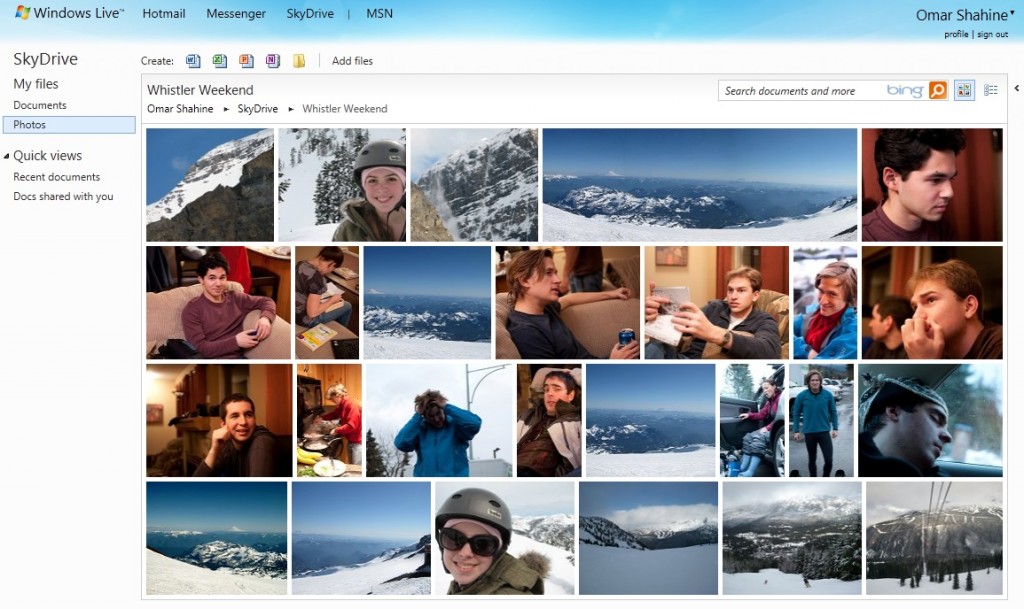 Microsoft plans to roll out a series of updates to its free Windows Live SkyDrive service later today, trying to give the cloud service a stronger identity as a standalone product for storing files — not just a behind-the-scenes tool for Office Web Apps, Hotmail, Windows Phone and other Microsoft products.

The company says the changes have been in the works for a while. However, they’re arriving just as the competition heats up in cloud storage, thanks to Apple, Amazon.com and Google, which are focusing heavily on music.

“It’s really important for us to establish SkyDrive as a distinct concept,” said Anand Babu, a Microsoft senior product manager, in an interview.

Highlights from the SkyDrive changes  …