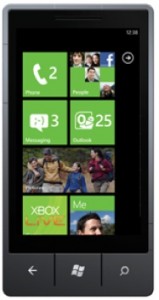 It looks like Gizmodo has found its next favorite phone. And it isn’t from Apple or Google. It’s from Microsoft.

“It’s almost like the phone is happy to be alive. Which kind of makes you feel happy to use it. No other phone is like that,” writes Gizmodo’s Matt Buchanan in his initial review of Microsoft’s upcoming “Mango” update for Windows Phone 7. He concludes, “Pending some killer Nokia hardware or radical Android redesign, I think the choice this fall for all but the nerdiest of nerds is going to be very simple. iPhone or Windows Phone. Nothing else is that pleasant.”

That is, by far, the most glowing review I’ve found so far amid a flood of early looks tonight at the next Windows Phone 7 version. (Reviewers were loaned devices running Mango on the condition that they hold off on publishing until tonight.) But even if it’s at one end of the spectrum, the Gizmodo piece reflects a generally positive sentiment for the Mango update.

Or at least a general lack of negative sentiment. Summing up his initial experience with Mango, for example, Paul Thurrott writes on the Supersite for Windows that he’s “finding it hard to criticize this release with any enthusiasm.”

Even that qualifies as good news for Microsoft at this point. With its market share slipping, the company needs every bit of momentum it can muster to start gaining ground vs. the iPhone and Android devices. The Mango release, due out in the fall, adds more than 500 new features to Windows Phone 7.

Overall, the company is aiming for a smoother and well-thought-out experience. Examples include the ability to switch between Facebook chat and text messages in the same conversation; a guide called Local Scout that provides information about food, activities and shopping in a particular area; deeper integration between third-party apps and Windows Phone 7’s search features; and better polish on the user interface overall.

Mango is “what most people wanted to see from Windows Phone 7 when it was launched late last year” writes Matthew Miller on ZDNet.