It was shaping up to be a solid year for initial public offerings. But then things hit a wall in August and September, with IPO Dashboards reporting just five IPOs during the two-month period. Now, things are heating up again, though with the holidays around the corner it’s unlikely.

But, for the most part, it’s still been a tough slog for the majority of the 96 companies that have ventured into the public markets. According to IPO Dashboards, companies that went public are down on average of 10.3 percent since their IPOs. 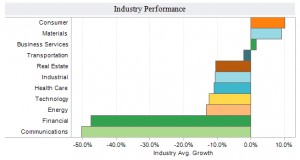 But one of the bright spots of the year has been Zillow, which surprised some with its strong surge. The company boosted its offering price to $20 per share, and since going public in mid-July the shares are up 50 percent.

LinkedIn, the social networking powerhouse, also has performed well. In fact, it is the top performer in the 2011 class, showing an impressive 71 percent uptick over the offering price.

The worst performer? That would be FriendFinder Networks, which is off 81 percent on the year.