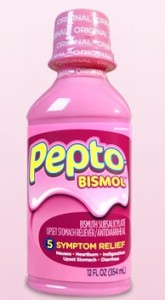 The wild ups and downs of the stock market this week would be enough to send most sane investors to the medicine cabinet for a strong dose of Pepto-Bismol. But, as the gyrations shake confidence in the markets, I can’t help but think of Impinj.

After all, how would you like to be a company teetering on the edge of going public right now? Impinj — the Seattle maker of RFID technologies — filed for a $100 million IPO back in April, just a few days after Zillow.

And while Zillow made it into the public markets last month with a skyrocketing IPO (which has actually help up reasonably well amid the turbulence), Impinj is still waiting on the sidelines. Given the recent market gyrations, that could end up being a long wait. After all, even the smartest investment bankers probably wouldn’t recommend sending a newbie company into these choppy waters. (We asked Impinj for comment about its IPO plans, but companies typically are restricted from talking during the so-called “quiet period” leading up to a public offering).

Nonetheless, MarketWatch reports that as of Thursday morning, 10 companies had delayed their plans for IPOs this week. (Including Seattle’s HomeStreet Bank).

And it is not just companies on the brink of going public that are getting concerned about the choppy markets. NPR’s Wendy Kauffman — reporting from TechStars Seattle this week — notes a growing uneasiness among angel investors and startup entrepreneurs who worry that the days of free-flowing capital and massive valuations may be over. (However, news that Zulily just raised $43 million at a $700 million + valuation means some fast-growing companies still are commanding a premium).

Madrona Venture Group’s Greg Gottesman tells NPR that they are investing for the long-term and that stock market fluctuations don’t impact their investment decisions. (Perhaps proven by the fact that Madrona has participated in two financing deals this week). But Gottesman, whose firm happens to be an investor in Impinj, points out that the ups and downs of the stock market could have an impact on the IPO market.

And that would be bad news for venture capitalists who’ve waited an awful long time for that IPO window to crack. (The Wall Street Journal’s headline today kind of said it all: “IPO market on life support.”)

I tend to believe that it is too early to know exactly what impact the market changes will have on startup investing, agreeing with Fortune’s Dan Primack who wrote today that the “public markets have been too volatile to reach long-term conclusions.”