Our latest Geek of the Week, Adnan Mahmud, thinks big about technology as a way to tackle the world’s problems. A Microsoftie by day, he’s also the co-founder of Jolkona, which provides an online platform for people to not only make philanthropic donations but also to track the impact.

This month he’s engaged in a campaign of his own, encouraging people to give up their lunch and donate the savings to benefit people fleeing the famine in the Horn of Africa. See him explain the initiative in the video above, with Jolkona co-founder Nadia Eleza Khawaja.

Continue reading for Adnan’s answers to our questionnaire.

Job, hobby and/or other geeky pursuit: I work at Microsoft Research during the day and in the evenings and weekend, I am busy building the next generation giving platform at Jolkona. Jolkona’s giving platform allows donors to easily pick projects to give to and then, receive direct, custom feedback from organizations on how each donation was implemented. By focusing on donation level feedback and providing unique giving totals, Jolkona is engaging the next generation of philanthropists. We are continuing to look for ways to make giving fun, engaging, and social.

I have the usual hobbies like traveling, listening to music, and photography. I also have an old-school hobby. I am an avid stamp collector. Stamps have a way of telling stories – from aspirations of a new country to ways of lives that no longer exist. However, in today’s digital world that hobby makes me a dinosaur!  :)

Coolest thing about what you do: The coolest part about volunteering with Jolkona is that every day I come across some amazing people doing extraordinary work in their community with very limited resources.

What does it mean to you to be a geek? To be so passionate about something that you dedicate yourself to it, no matter what others tell you.

Geekiest thing(s) you’ve ever done, built, or worn: When I was a kid, I wanted to be a chess champion. Every day, all I did was play chess. When I was 10 years old, I challenged a Grandmaster to a chess match. I lost in less than 15 minutes. I challenged him again, I lost again, this time even quicker. I challenged him 5 times in a row, before I won. I still believe that he let me win so that I would stop nagging him. But, I got my win against a Grandmaster! :)

Your best tip or trick for managing everyday work and life: Spend the day doing things you love. Whether it is working or starting a business or going to the gym, make sure you do it because you want to do it. Spend 5 minutes every night, before falling asleep, reflecting on your day and promising yourself that tomorrow will be better.

Transporter, Time Machine or Cloak of Invisibility? Time Machine – I would love to know what some people were thinking when they made their historical decisions

If someone gave me $1 million to launch a startup, I would … invest in Jolkona… no doubt!

Your geek role models (And why?): The creators of VH1 Pop Up Video. I remember so many of my friends were enamored by that show. It was very unique and very well executed. In an era when MTV was known for Real World and TRL, this show made music videos cool again.

I once waited in line for … Lord of the Rings marathon 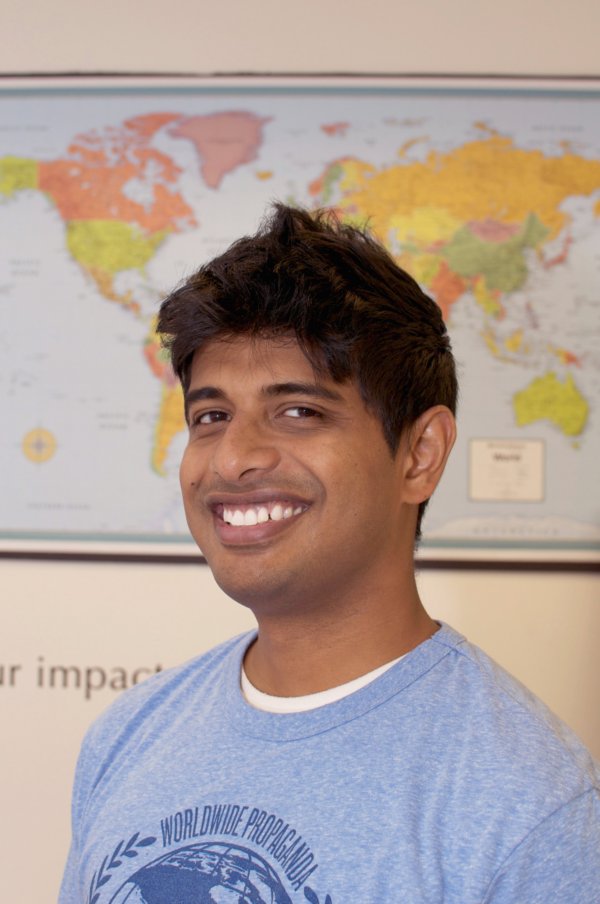 First computer: When I lived in Japan, I had an old NEC machine that took 8” and 3.5” floppy disks. I remember using Word Perfect from command line and writing Basic programs.

Favorite cause: Of course, Jolkona. :) I guess that’s slightly unfair.

I really like the work being done by BRAC (www.brac.net) – one of the largest NGOs in the world. When you think about large non-profit organizations you think about World Vision, Save the Children, etc. Bangladesh – my home country – produced 2 of the largest NGOs in the world – Grameen Bank and BRAC. All of you might have heard about Grameen. The reason I like BRAC is because they quietly go about doing their work. They are never in the limelight nor do they have glitzy PR. They just focus on their work without seeking out recognition. We can all learn from the BRAC approach.

Most important technology of 2011: Upcoming release of light field camera from the startup Lytro. If it lives up to all the hype, it will change photography forever. Few things ever live up to such lofty expectations.

Words of advice for your fellow geeks: Don’t give up on the passion. Learn from mistakes, but, keep moving forward.