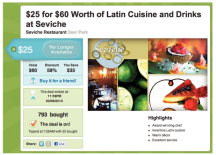 IPO fever continues to spread through the ranks of technology companies. The latest to catch the bug is Groupon, which today announced that it plans to raise up to $750 million through an initial public offering. The filing comes just a few months after the Chicago daily deal site spurned a $6 billion offer from Google, which happened to announce its own daily deal site yesterday for Portland.

Groupon boasts 7,000 employees and more than 83 million subscribers in 43 countries, an amazing achievement for the young company. It also generated revenue of $644 million during the first quarter. But it is still losing money, posting a net loss of $102 million for that period and has an accumulated deficit of $522 million.

It also faces a slew of competition, something that the company pointed out in its S-1 filing:

Our growth and geographical expansion have drawn a significant amount of attention to our business model. As a result, a substantial number of group buying sites that attempt to replicate our business model have emerged around the world. In addition to such competitors, we expect to increasingly compete against other large internet and technology-based businesses, such as Facebook, Google and Microsoft, each of which has launched initiatives which are directly competitive to our business. We also expect to compete against other internet sites that are focused on specific communities or interests and offer coupons or discount arrangements related to such communities or interests.

The company — led by 30-year-old co-founder Andrew Mason — plans to trade under the ticker GRPN. Groupon’s board includes Starbucks Chairman Howard Schultz who joined in February, and invested in the company through his Seattle venture capital firm, Maveron.

According to the filing, Maveron and Schultz received 949,668 shares at a purchase price of $15 million. That’s not enough to give the firm five percent of the company, with top shareholders in the firm listed as Green Media, Rugger Ventures, New Enterprise Associates and Accel Growth Fund. [Related: IPO filing reveals Starbucks CEO Howard Schultz’s stake in Groupon]

Groupon follows a number of high-profile technology companies which have either priced or filed for IPOs in recent months, including LinkedIn and Seattle-based Zillow.com. Social media gaming powerhouse Zynga also has been rumored to be on the verge of filing an IPO.

Just how fast is Groupon growing? I think this is what they refer to in the biz as the proverbial “hockey stick” slide. 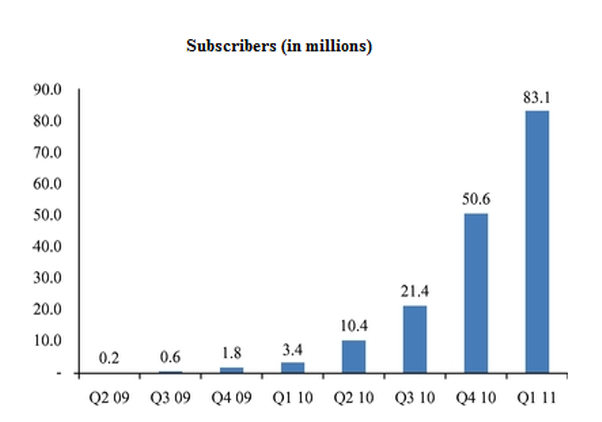