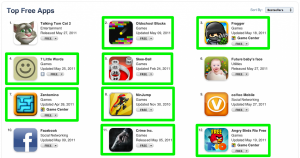 The world of Apple’s  iTunes App Store is dominated by games. Of the top 10 free apps as currently listed, six are games (Oldschool Blocks, Fragger, 7 Little Words, Skee-Ball, Zentomino, and NinJump). Of course, many of these are so-called, “free-to-play,” meaning that there is additional content or levels available that costs money, but the initial experience is free.

When looking at the data from our AppESP app discovery tool, AppStoreHQ realized that the picture looks quite different in the Android world. AppESP uses the apps that a user has installed to personalize the experience and provide targeted mobile apps recommendations. In doing so, it provides an aggregated view of which apps are popular among Android users. Of course the list is dominated by the core Google apps such as Gmail and Maps, but the interesting thing is that there is not a single game in the top ten (either with or without the Google apps).

Here is the list of the top 10 most-installed Android apps from a random subset of 5,000 AppESP users. I’ve removed all the Google apps from the list to focus on those that are primarily driven by user choice rather than preloading. 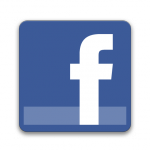 Not surprisingly, the mother of all social networks is also the most-installed app on the Android platform. There’s not really a lot more to say about this app, other than that it provides easy access to the core Facebook features including the news feed, your friends list, Places, Deals, photo uploads, and more. If you use Facebook and you’ve got an Android device, what are you waiting for? Just install it already like everyone else. 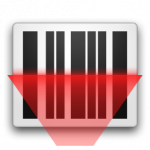 Barcode Scanner is a very flexible app that lets you quickly scan traditional barcodes (such as the ones you see on retail products) and get prices and reviews. It also does quick scanning of the new 2D barcodes (QR codes) that enable participation in marketing campaigns, easy access to information, installation of mobile apps, etc. You can even use it to share contacts with friends. 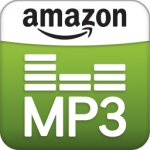 Amazon MP3 provides access to over 15M songs and 1M albums in the Amazon MP3 store. You can store your purchases on your device or in Amazon’s cloud, for easy access from multiple devices. You can also upload other music (not purchased from Amazon) to their cloud for easy playback through the same unified interface. The app is frequently updated with new features and bug fixes. 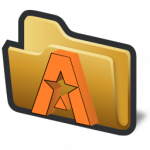 ASTRO File Manager puts you in control of the files on your Android device. Not just apps, but images and other media that may be taking up a lot of space. A file manager helps organize your phone and provides you control over what’s kept and what’s deleted. It also lets you search your phone’s content to find that document you may have misplaced.

As with Facebook, the official Twitter app represents the simplest way to connect your Android device with an important online service. If you use Twitter, you’ve probably tried a bunch of different client apps (you may even be using their mobile web site), but this is the one that most people are sticking with. It does not have as many features as, say, TweetDeck or HootSuite, but it’s quick, effective, and gets the job done. Give it a try and see how it works for you. 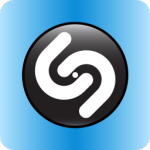 Shazam is one of those things that just feels like magic the first time you see it work. Launch the app, press the button, wait a few seconds, and the app identifies a song that’s playing on the radio, gets you access to lyrics, a link to purchase it. You can share your tags with friends, read music reviews, see what songs are being tagged the most. It even works in noisy environments; finally you can find out what the song is that they’re playing over the PA system at the baseball game. 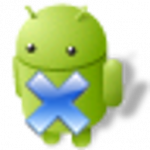 On Android devices, it can often be difficult to keep track of which apps are running in the background, killing your battery and using up memory. Although it has been claimed that more modern Android versions don’t need task killers, that’s not the experience of many users. ATK is one of the most full-featured task killers out there, and it definitely seems to help manage out those apps that are draining the battery on a long day away from the power cord. 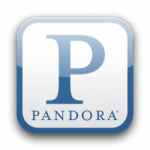 Pandora is a personalized streaming radio service available on computers and mobile devices. The Pandora service grew out of the Music Genome Project, the most comprehensive technical analysis of music ever undertaken. You start with a favorite song or artist and Pandora creates a virtual “station” based on that input. You can then further tune the results by providing your feedback on Pandora’s suggestions. 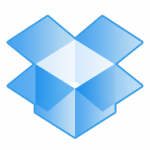 Dropbox is a free service that lets you bring your important documents and photos anywhere you like, from your laptop to your phone to your tablet. The incredible simple user interface (just drop a file into the sync’d folder on your laptop and it shows up everywhere) translates well to the mobile experience. You can share documents or photos with friends directly from the Dropbox app, as well as saving email attachments into the Dropbox folder. 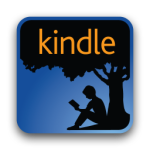 Amazon’s Kindle app gives you access to over 900,000 e-books in a great, easy-to-use interface. You can read the same books across your Android device, an iPhone or iPad, and your Kindle hardware. Amazon’s technology syncs your bookmarks and reading across all platforms, so you can easily move from one platform to another mid-book. You also get access to thousands of free titles, magazines, and newspapers. Searching through books and simple dictionary lookup of any word makes the experience even better than a paper book.