There are a flurry of up-and-coming early-stage startups across the Pacific Northwest that are innovating, executing, and making a difference. It’s what makes the five finalists for Startup of the Year at this year’s GeekWire Awards so impressive. 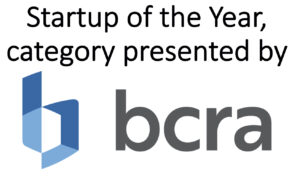 We’ve just opened voting in 13 GeekWire Awards categories at our 12th annual celebration of Pacific Northwest tech. Community votes will be factored in with feedback from more than 20 judges. On March 26 we will announce the winners live on stage at the GeekWire Awards — presented by Wave Business — in front of more than 800 geeks at the Museum of Pop Culture in Seattle. Community voting ends March 6.

To qualify for the Startup of the Year category, finalists had to be no more than four years old as of March 2020. The finalists are: Ally, Armoire, LevelTen Energy, Syndio Solutions, and Uplevel. Read more about each company below.

Women’s co-working startup The Riveter won last year’s award for a category that has honored companies such as Crowd Cow, Convoy, Arivale, Rover, and others in the past.

Submit your vote below, grab your tickets, and scroll down for descriptions of each Startup of the Year finalist. This category is presented by BCRA.

Startup of the Year nominees

Ally has so much interest from investors that the company raised not only one but two investment rounds within four months last year.

The Seattle startup that helps companies track and hit their goals raised $8 million in August, and followed that with a $15 million Series A round in October led by top tech investment firm Tiger Global Management, whose portfolio includes heavyweights such as Facebook, Flipkart, Slack and Stripe.

Ally’s software helps companies manage their Objectives and Key Results (OKR), a popular framework for running teams and businesses that gained traction across the industry thanks in part due to its use at Google. Today, Ally’s customer base includes big names like Slack, Remitly, DoorDash, Nike, LG, Smartsheet and many others.

Founder and CEO Vetri Vellore came up with the idea for Ally after an experience at his previous startup. In 2007, he co-founded Chronus, a company that built digital tools for employee development programs. He implemented OKRs but found it cumbersome to track progress with spreadsheets and other manual methods. So Vellore built his own tool to streamline the process, which is what eventually led him to start Ally.

The company has raised $26 million to date and more than doubled its headcount last year.

Armoire is gaining traction with its tech-powered service that lets women rent clothing.

Founded in 2016, Armoire ships designer clothes to members who can swap out the items at any time or purchase them at a discounted rate. Armoire has more than 500 brands and is adding thousands of new inventory items each month. Memberships start at $149 per month.

Seattle-based Armoire aims to be cheaper than hiring a wardrobe consultant and more efficient than browsing through racks at various stores. The company also focuses on curation powered by recommendation algorithms; the more data Armoire collects from customer feedback, the better it can recommend various clothing. It also analyzes information such as the temperature in a given zip code to help drive the curation process.

Armoire CEO Ambika Singh helped launch Armoire while at MIT’s Delta V accelerator program. The company raised a $3.9 million seed round last year and moved into a 7,500 square-foot headquarters in Seattle’s Pioneer Square neighborhood that serves as a retail space, warehouse, and office all in one.

Clean energy is a hot topic in the tech world as giants such as Amazon and Microsoft roll out climate initiatives. But what about smaller companies that want to “go green” without employing a team of people to evaluate hundreds of projects and slog through the financials?

Through the platform, companies essentially pledge to pay a fixed amount for the energy that a project produces. If that price winds up being less than the market rate for energy in the future, the company will make money; if not, the company loses money. Either way, they can claim to have reduced their carbon footprint and receive renewable energy credits from the project.

Some of LevelTen’s customers include Salesforce, Gap, Bloomberg and Workday. More than $1 billion worth of renewable energy has been purchased through the platform so far.

The company raised $20.5 million this past June to fuel the growth of its platform and expand its presence in North America and Europe.

Syndio is well on its way to helping quash unfair pay gaps.

Founded in 2016 by data scientist and law professor Zev Eigen, Syndio has created a platform to analyze a company’s salaries, rooting out discriminatory differences in pay that are tied to gender, race, ethnicity or age and providing strategies for fixing those disparities.

Past solutions for employers concerned about unequal pay included hiring outside legal counsel and a labor economist to generate a snapshot analysis of wage gaps, an exercise that could cost around $150,000.

With Syndio, a company pays far less for a yearlong subscription that allows them to run and rerun salary comparisons in different ways and come up with solutions for making wages fairer. Customers include Nordstrom, Slack, Adobe, Vimeo, and others.

That’s the pitch behind Uplevel, a Seattle startup that raised a $7.5 million seed round in January to help company leaders measure how productive and happy their software engineers are in the workplace.

Uplevel’s technology analyzes a variety of channels including messaging platforms such as Slack, collaboration tools such as Jira, code repositories like GitHub, and calendars to analyze how engineers spend their time. The platform spits out insights analyzing whether engineers are stuck in too many meetings, assigned too many tasks at once or don’t have enough focus time.

Uplevel was born out of a hackathon entry in 2017. The company’s co-founders include CEO Joe Levy, an ex-senior program marketing manager at Microsoft; Ravs Kaur, a veteran engineering leader who was previously at Tableau Software and Microsoft; Dave Matthews, a former senior product manager at Hulu; and psychologist and entrepreneur David Youssefnia.

“I’ve never been more sure of anything else in my life that there is a really big problem here,” Levy said in January. “The pain (engineering leaders) feel about keeping their folks productive and engaged and happy at work is palpable.”