“I’ve gotten to know this team as colleagues while at Amazon and over time as an advisor since Fernish’s early days and there is no team with whom I’d rather be working!” Smith said in a statement. “I look forward to adding the learnings and the experience I’ve built over the years at Amazon, Zulily, Dolly, and others to what the team at Fernish has already built to help scale, grow, and take the company to the next level — and beyond.”

Smith was already an investor and advisor to Fernish. She’ll spend most of her time at the Los Angeles-based company’s Seattle office, established last October in the Capitol Hill neighborhood and home to six of Fernish’s 30 employees.

Another notable Seattle connection: in January, Amazon Worldwide Consumer CEO Jeff Wilke participated in a $30 million round for the startup that was led by RET Ventures. Wilke was introduced to Fernish through Smith, who worked on the same team as Fernish co-founder Lucas Dickey during her time at Amazon.

Fernish recently launched a rebranded website, which included the debut of a style-finding algorithm as well as a feature that lets users subscribe to curated rooms.

“Quantarium is a convergence of a great team, leading technology, and a huge and still-latent market. I’m thrilled to join the C-suite in this exciting company,” Mahajan said in a statement. Quantarium’s platform aggregates real estate property data to predict valuations and monitor portfolio risk.

“Romi is not just a world-class marketer but also an articulate and strategic thinker. We are ecstatic to have him join as a member of our core leadership team,” said Quantarium founder and CEO Clement Ifrim.

Eide was formerly a partner at Robinson, Bradshaw & Hinson in Charlotte, N.C., where he advised companies on investments and joint venture decisions. Before becoming a lawyer, he worked at Wachovia in the corporate and investment banking division and also worked in audit and assurance roles at Deloitte & Touche and Arthur Andersen.

“To truly scale health care innovation on a national level and solve the critical issues within health care, EHV brings a unique approach to strategic investing that focuses on solutions and scale that will deliver value-based, consumer-centric transformation to the industry,” Eide said in a statement.

Botros was most recently the chief strategy and innovation officer at MetroHealth System in Cleveland. Prior to that, he led business development at the Cleveland Clinic Foundation and spent nine years in private equity at The Riverside Company and The Jordan company.

“After 12 years on the provider side and nine years in private equity, I’m excited to progress to the payer side to accelerate transformation with the potential to impact a combined seven million members,” Botros said. 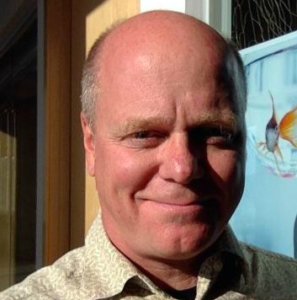 — David Kay was named director of product development at Hiya, a Seattle startup that partners with major phone companies on caller ID and spam protection features.

Kay came from Nuance Communications, where he worked for more than a decade and helped to integrate early predictive texting startup Swype into the keyboards of major phone manufacturers. Nuance, a speech and imaging technology giant headquartered in Burlington, Mass., has a large presence in the Seattle region as a result of previous acquisitions including Swype, Tweedle, and Varolii, Jott, and Voicebox Communications.

— Prescription startup Blink Health hired Eytan Seidman as head of product. Seidman was formerly the head of product at Compass and also has previous experience at Microsoft.

Seidman is another example of New York’s Blink Health snapping up talent from Seattle-based tech companies. Bharath Chinamanthur, Christopher Plambeck and Madan Nagaldinne — all of whom had leadership roles at Amazon at one point — recently joined Blink.