Summer wasn’t quite done putting on a show in Seattle on Wednesday evening, turning the rooftop deck at Qualtrics in Pioneer Square into the perfect place to be for the annual GeekWire Sounders Day tailgate party.

Under blue skies, with sweeping views of Elliott Bay and the Seattle skyline, tech geeks and soccer fans once again came together to celebrate and mingle before heading to the Sounders FC match against FC Dallas across the street at CenturyLink Field. 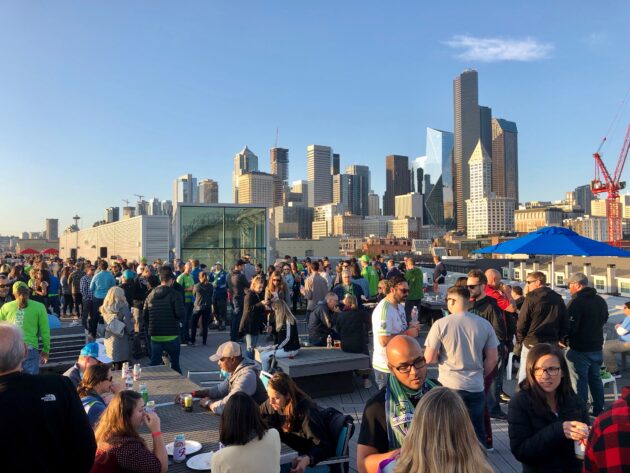 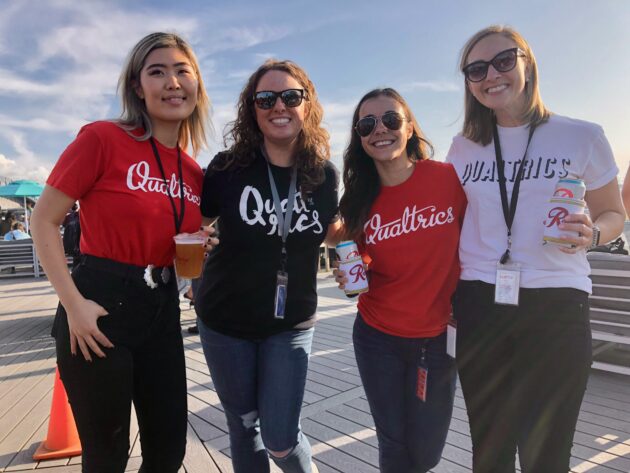 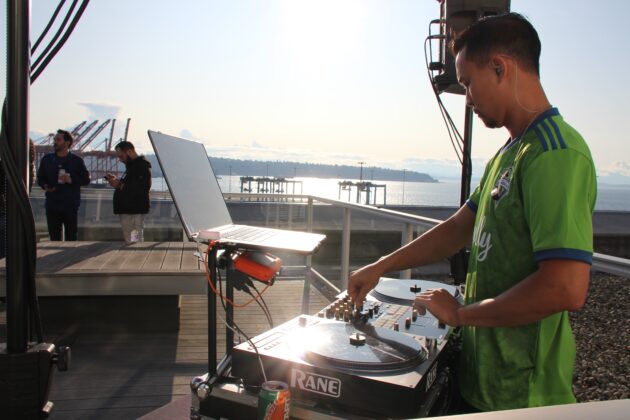 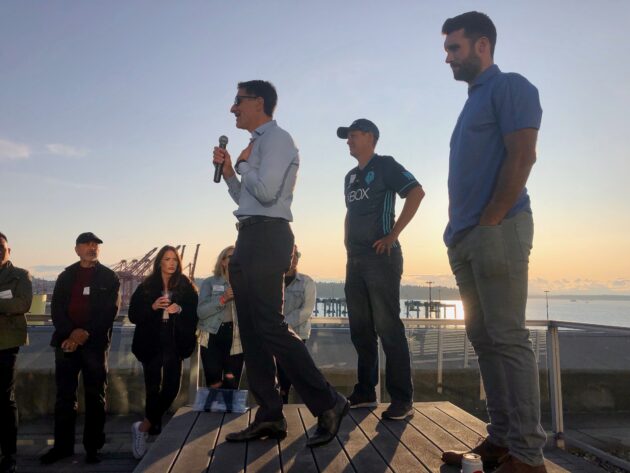 Attendees enjoyed beers and other beverages along with plenty of BBQ as the DJ played until sunset.

Sounders FC owner Adrian Hanauer was in attendance, along with Will Bruin, the team’s star forward who has been rehabbing a knee injury.

“This is about community,” Hanauer told the crowd while on stage with Bruin. “The Sounders are about bringing people together, making connections, finding ways to make our community a better place to live.”

Hanauer also pointed to the intersection between sports and tech, noting that “there couldn’t be a more significant connection” than with the team’s new ownership group that features several Microsoft execs including CEO Satya Nadella, as well as other local tech leaders. 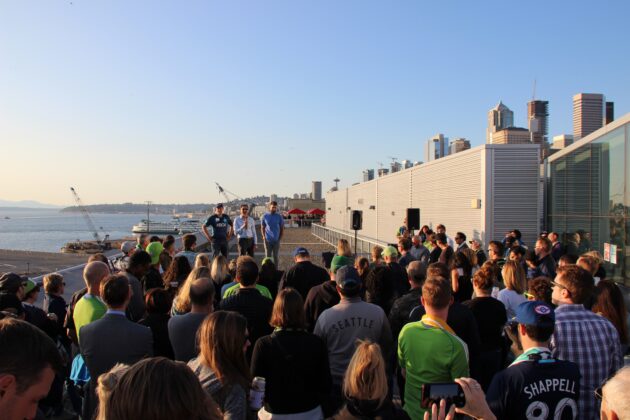 As the party wound down on the rooftop it was just getting started on the pitch. Fans marched to CenturyLink to see the Sounders take on Dallas. The match ended in a 0-0 draw. 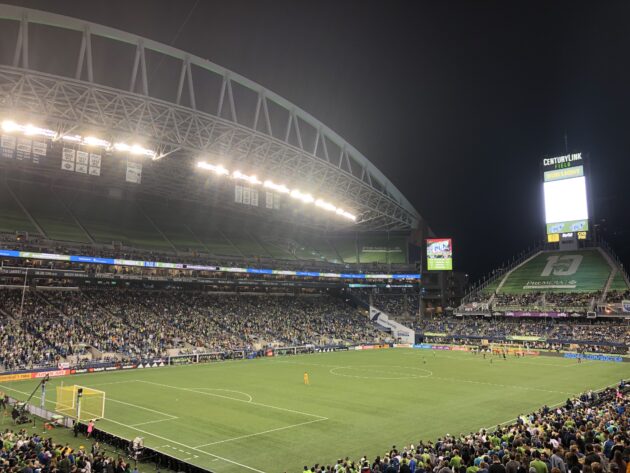 Special thanks to presenting sponsor Qualtrics, to official beer sponsor Rainier for their fun photo booth and to official merchandise partner EVO3 Marketing.

Check out lots more photos from Sounders Day below, and make sure to get your tickets for our next event, the GeekWire Summit, Oct. 7-9. 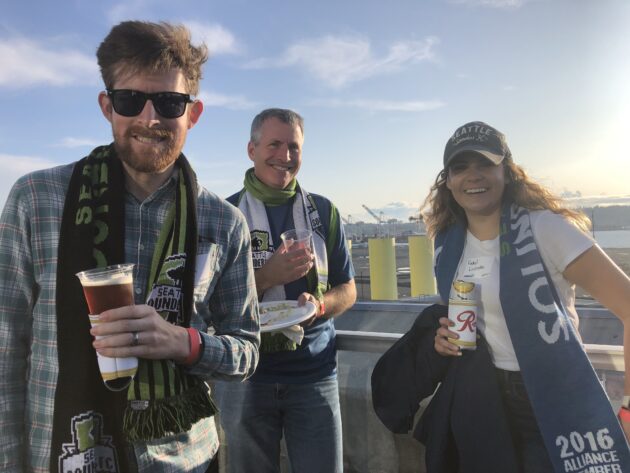 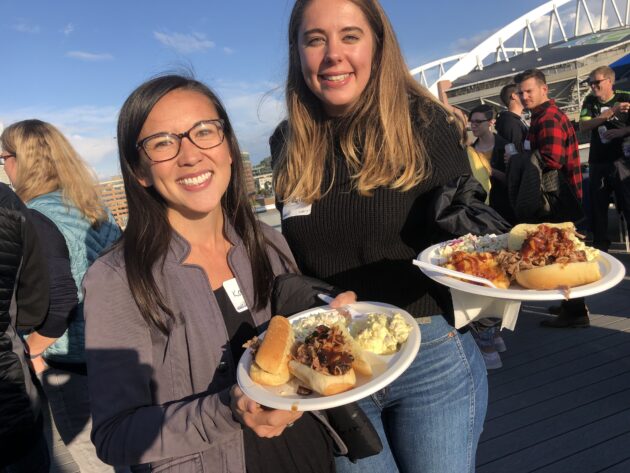 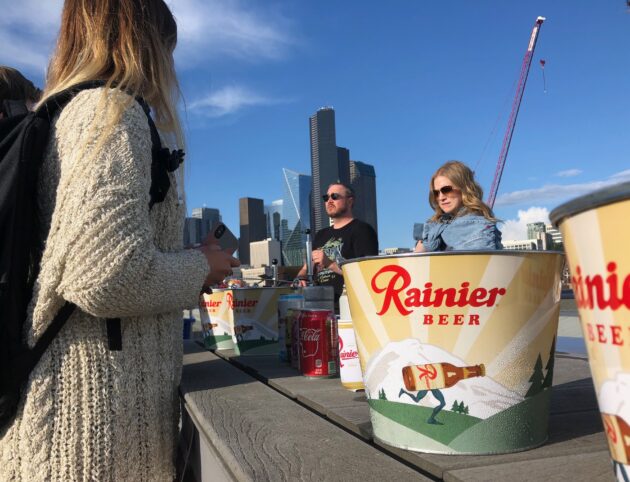 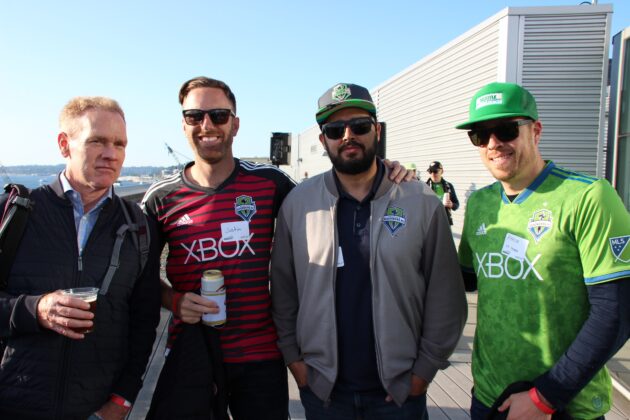 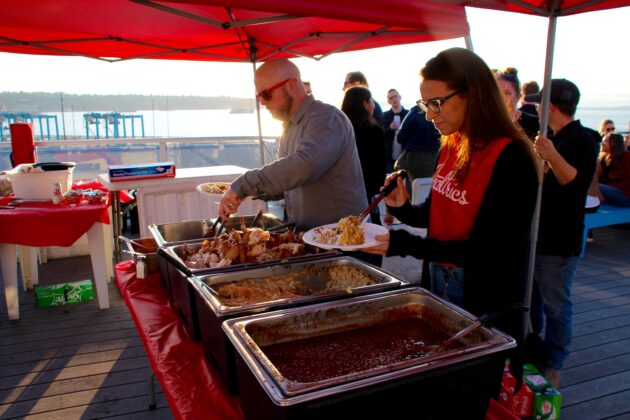 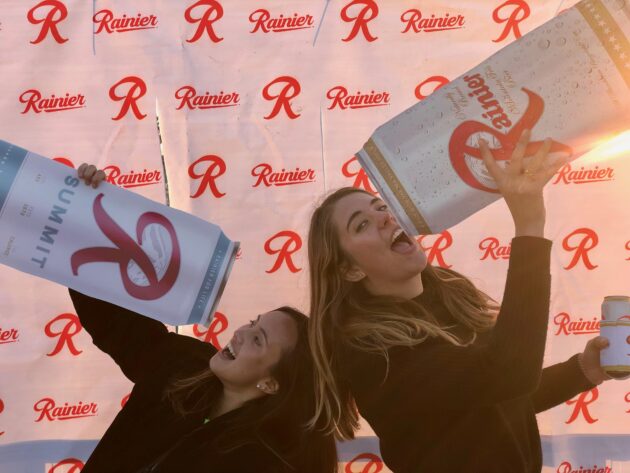 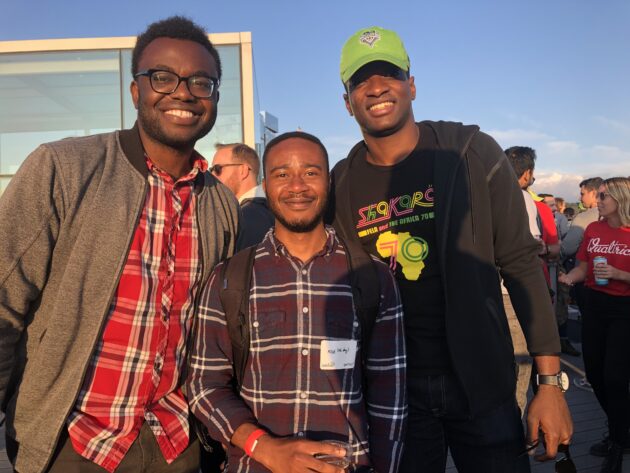 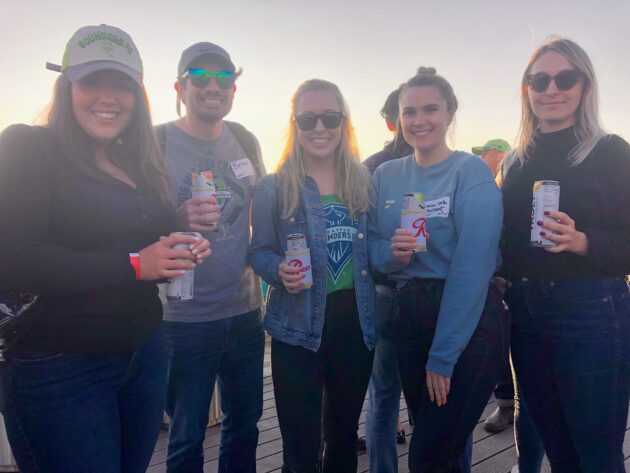 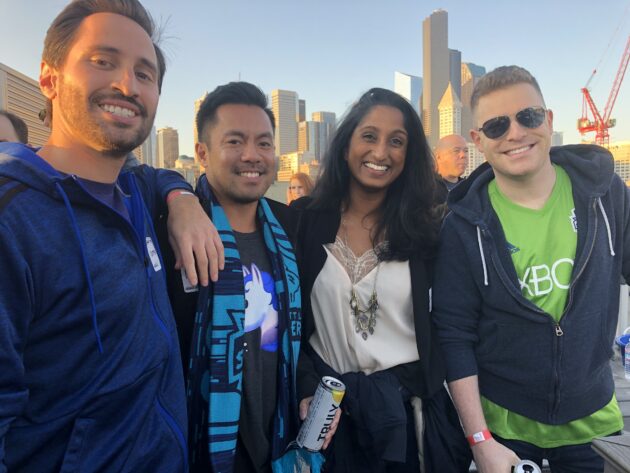 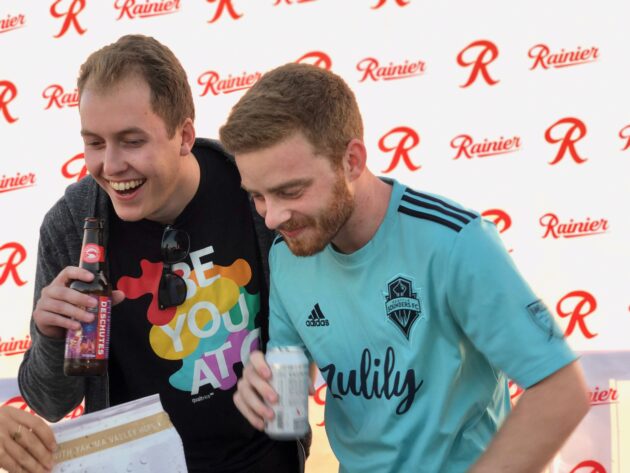 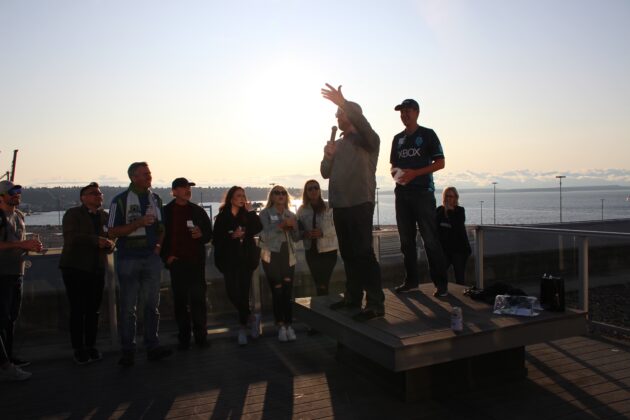