Stratolaunch, the aerospace venture founded by the late Microsoft co-founder Paul Allen, sent the world’s biggest airplane into the air today for its first flight test.

The twin-fuselage plane, which incorporates parts from two Boeing 747 jumbo jets and has a world-record wingspan of 385 feet, took off from Mojave Air and Space Port in California for a flight that lasted two and a half hours.

For more than seven years, Stratolaunch has been working with Mojave-based Scaled Composites on the project, which aims to use the plane as a flying launch pad for orbital-class rockets. The first flight test had been anticipated for months.

“We finally did it,” Stratolaunch CEO Jean Floyd said today during a briefing.

Stratolaunch’s plane, which has been nicknamed Roc after a giant mythical bird, took off at 6:58 a.m. PT and went through a series of in-flight maneuvers, including roll doublets, yawing maneuvers, pushovers and pull-ups, steady heading side slips and simulated landing approach exercises. Stratolaunch said it reached a maximum speed of 189 mph and maximum altitude of 17,000 feet.

The plane “flew much as we expected,” Scaled Composites test pilot Evan Thomas said. “We saw a few little things that were off-nominal, but really, for a first flight, it was spot-on,” he said.

Observers said the plane appeared to swerve a bit on the runway during its landing, and Thomas confirmed that there were “a couple of corrections to line up in the slowdown.” But all things considered, Floyd said it was a “fantastic first flight.”

“It was an emotional moment to personally watch this majestic bird take flight,” he said. “To see Paul Allen’s dream come to life in front of my very eyes was truly inspiring and incredibly satisfying to me. I had imagined this moment for years, but I never imagined the experience without Paul standing next to me. Even though he wasn’t there today as the plane lifted gracefully from the runway, I did whisper a ‘thank you’ to Paul for allowing me to be part of this remarkable achievement.”

The flight was hailed as well by Paul Allen’s sister, Jody Allen, who oversees privately held Stratolaunch as chair of Vulcan Inc. and trustee of the Paul G. Allen Trust.

“We all know Paul would have been proud to witness today’s historic achievement,” she said in a statement. “The aircraft is a remarkable engineering achievement, and we congratulate everyone involved.”

“A historic milestone for the Stratolaunch team with this record setting aircraft taking flight! This is about going to the edge of space and beyond!” he wrote. “I only wish the late @PaulGAllen could see this – his memory and impact lives on.” 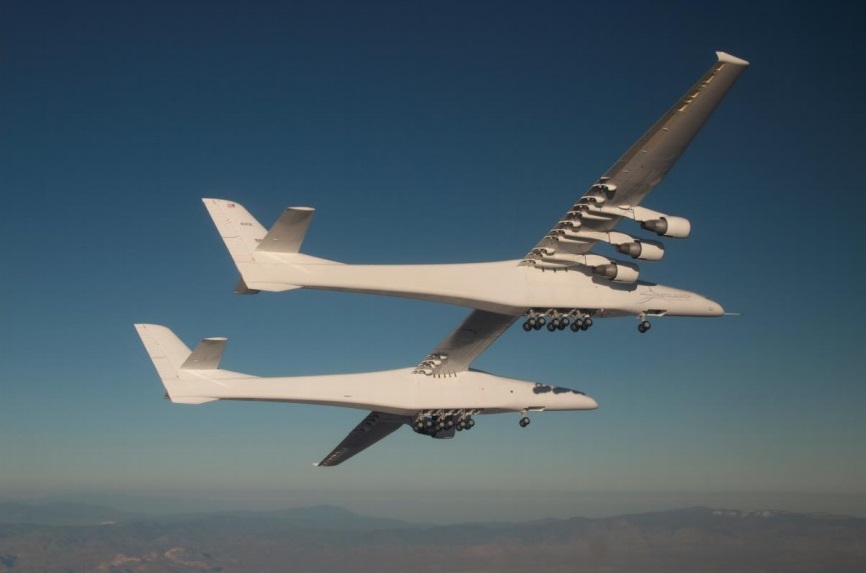 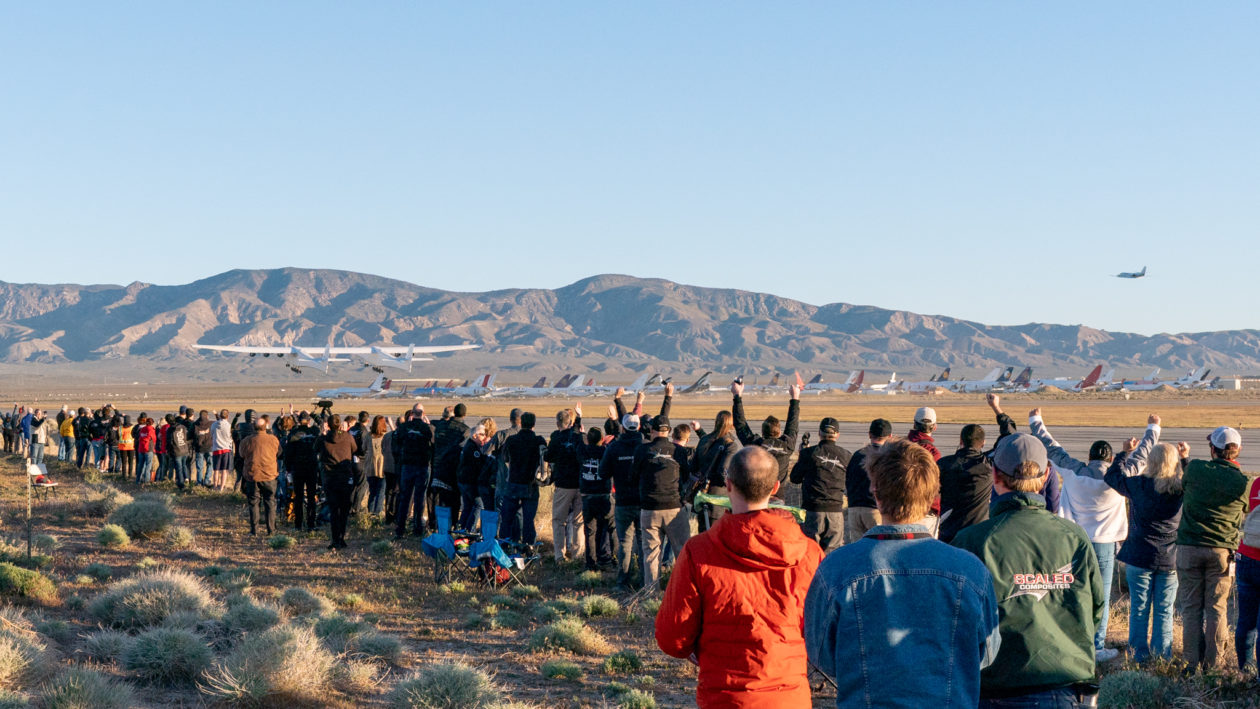 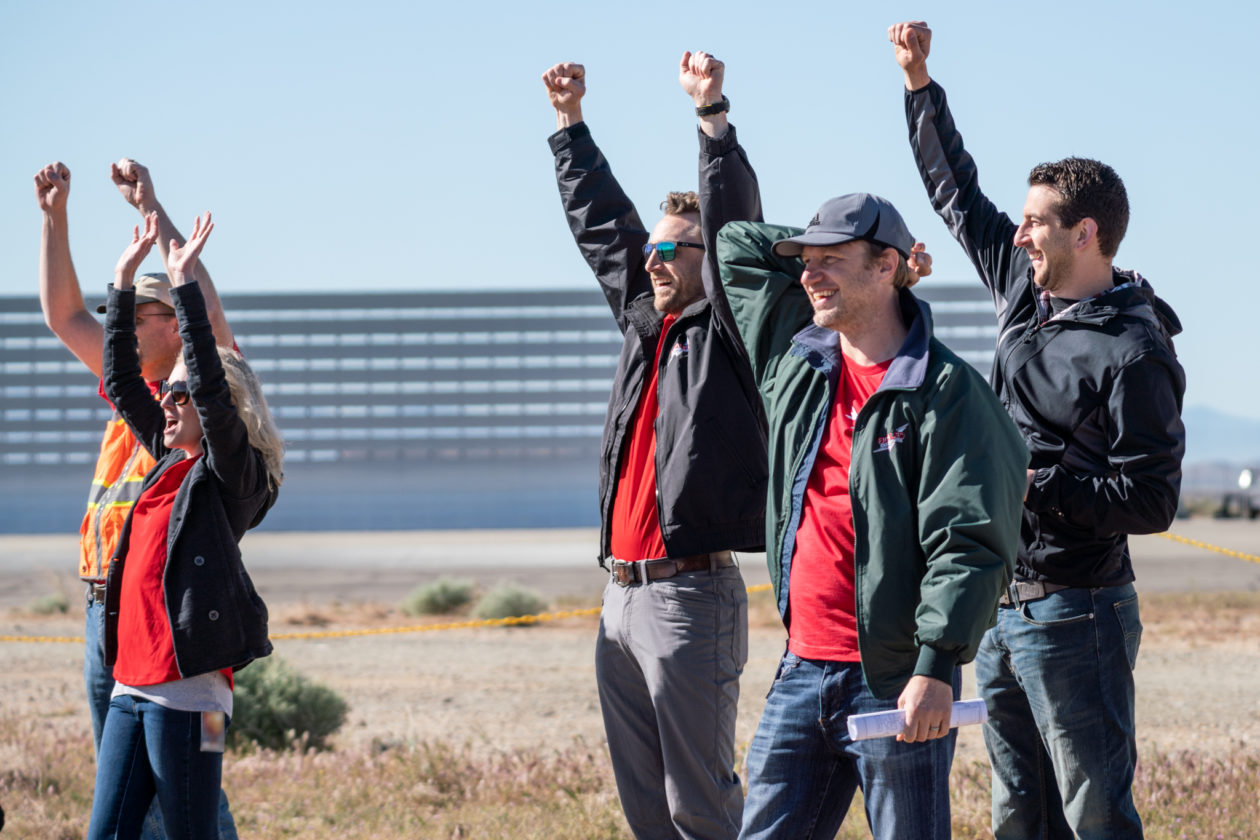 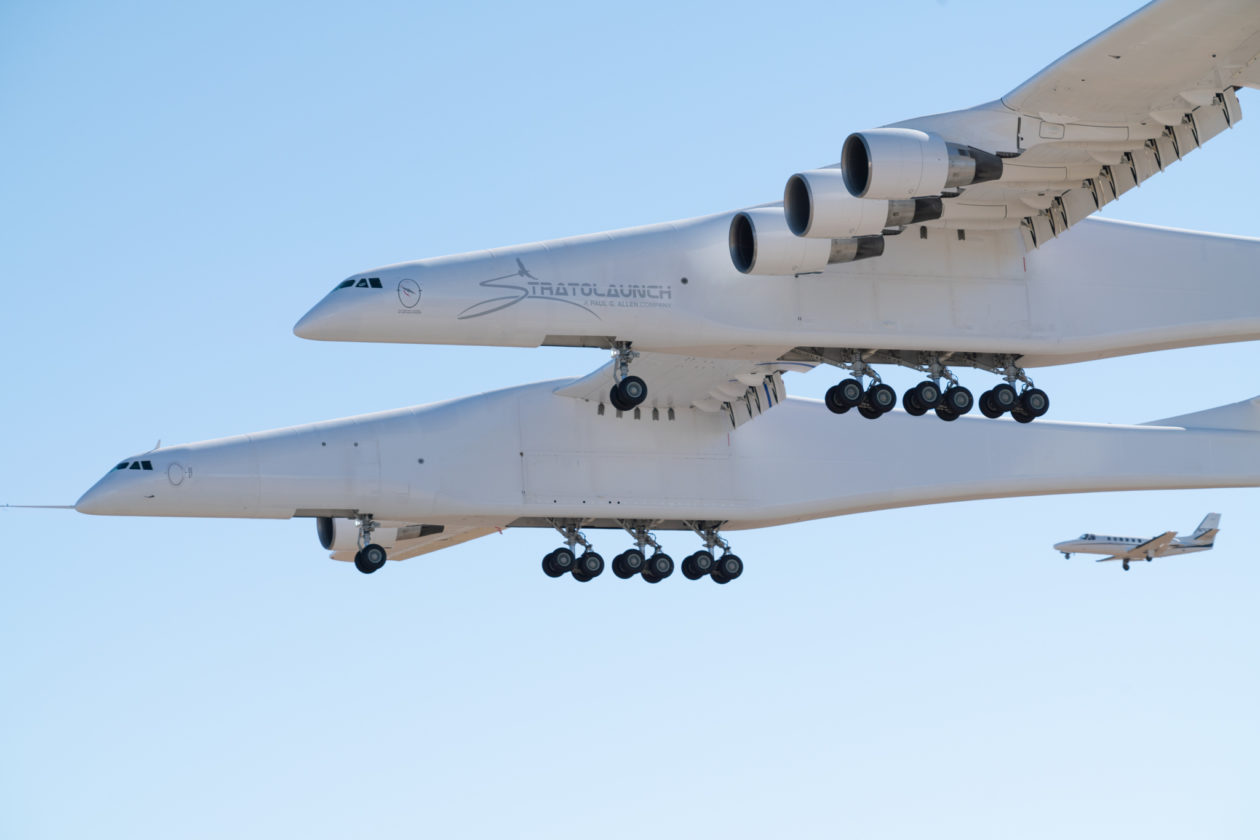 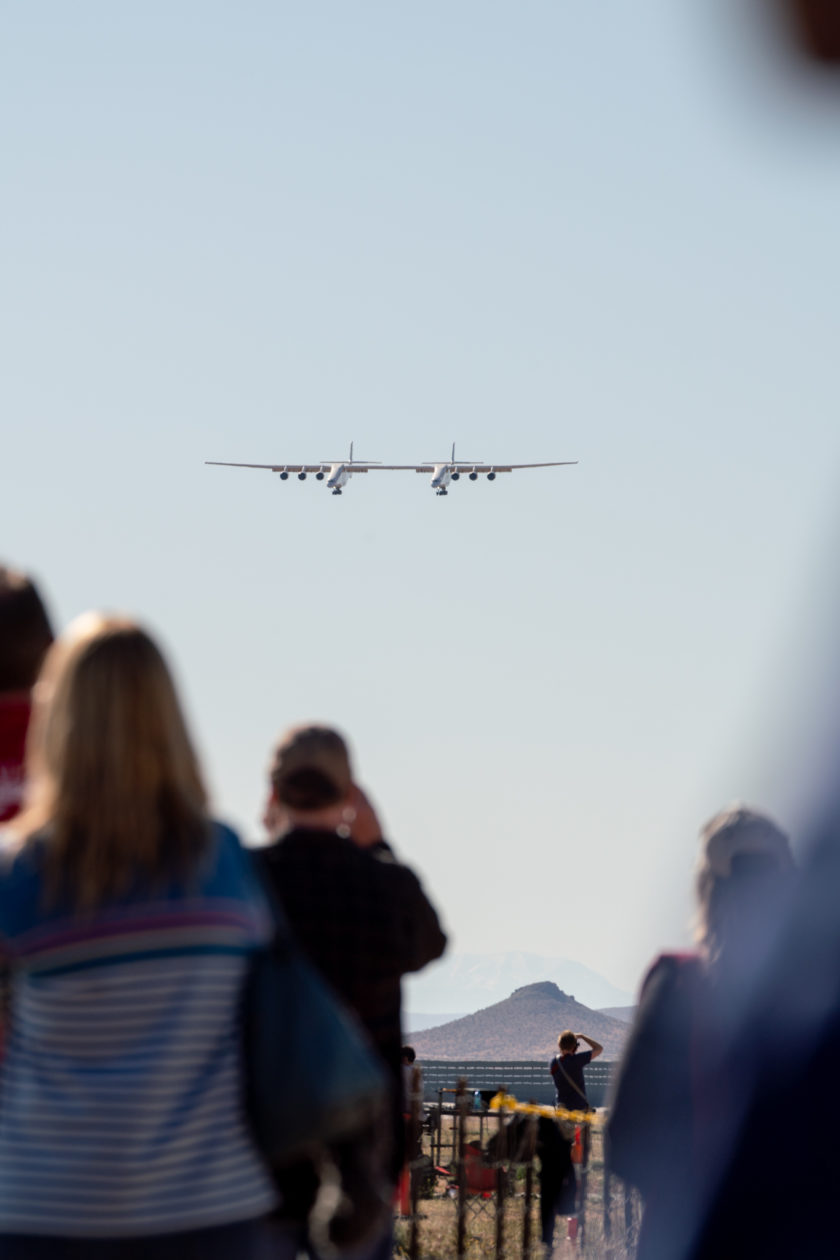 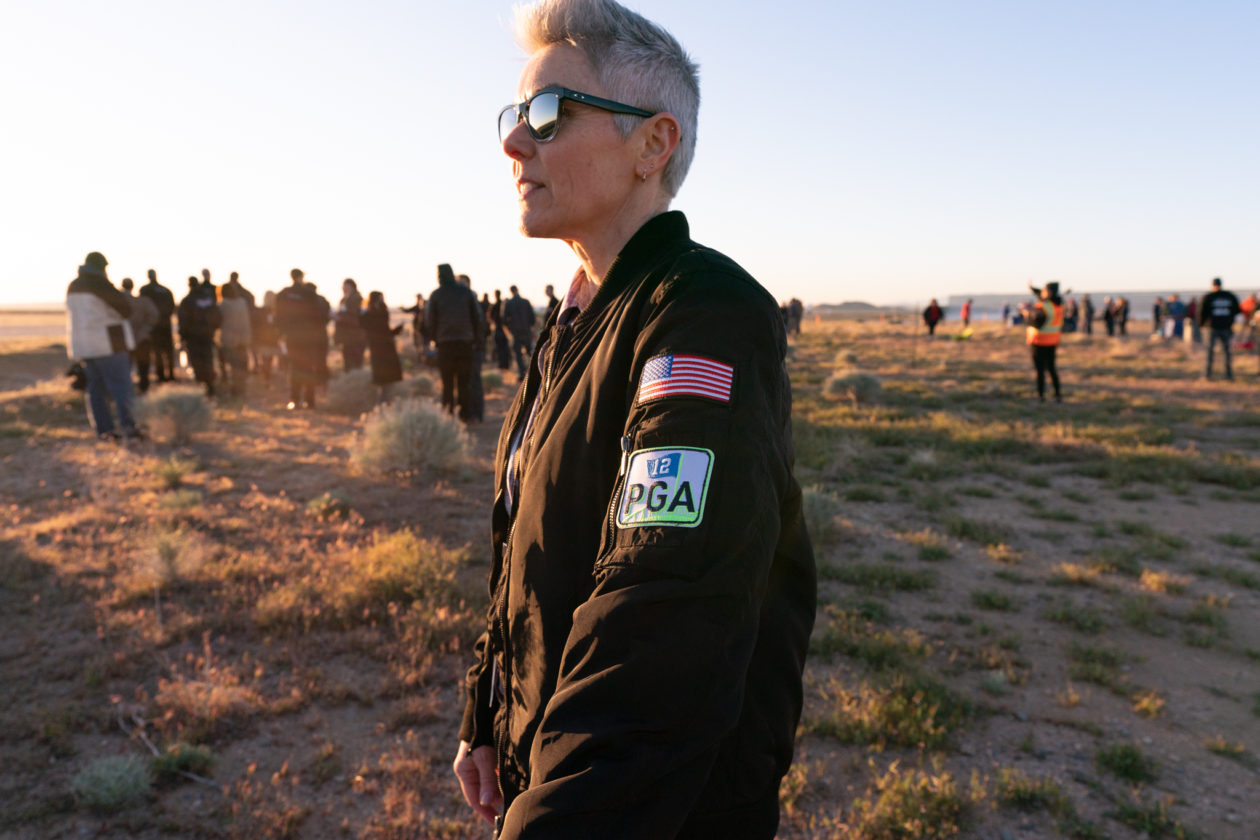 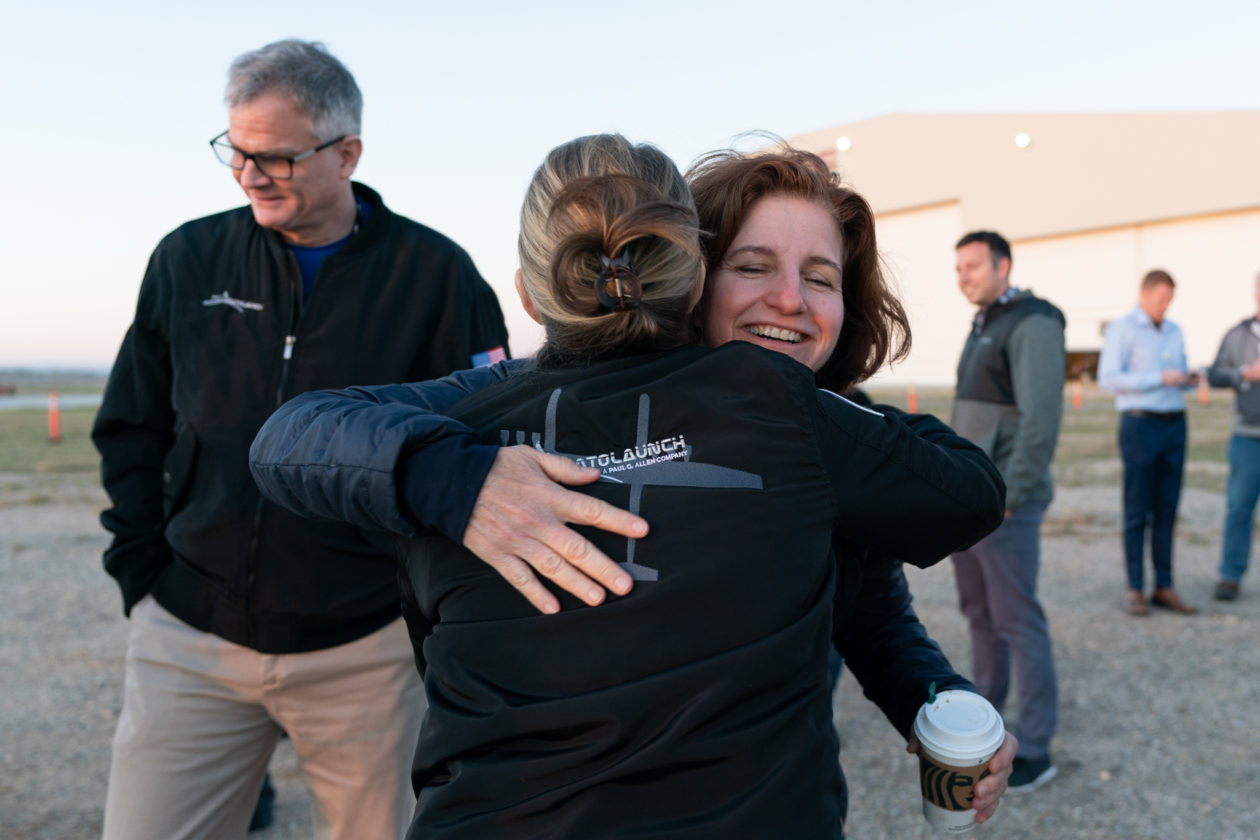 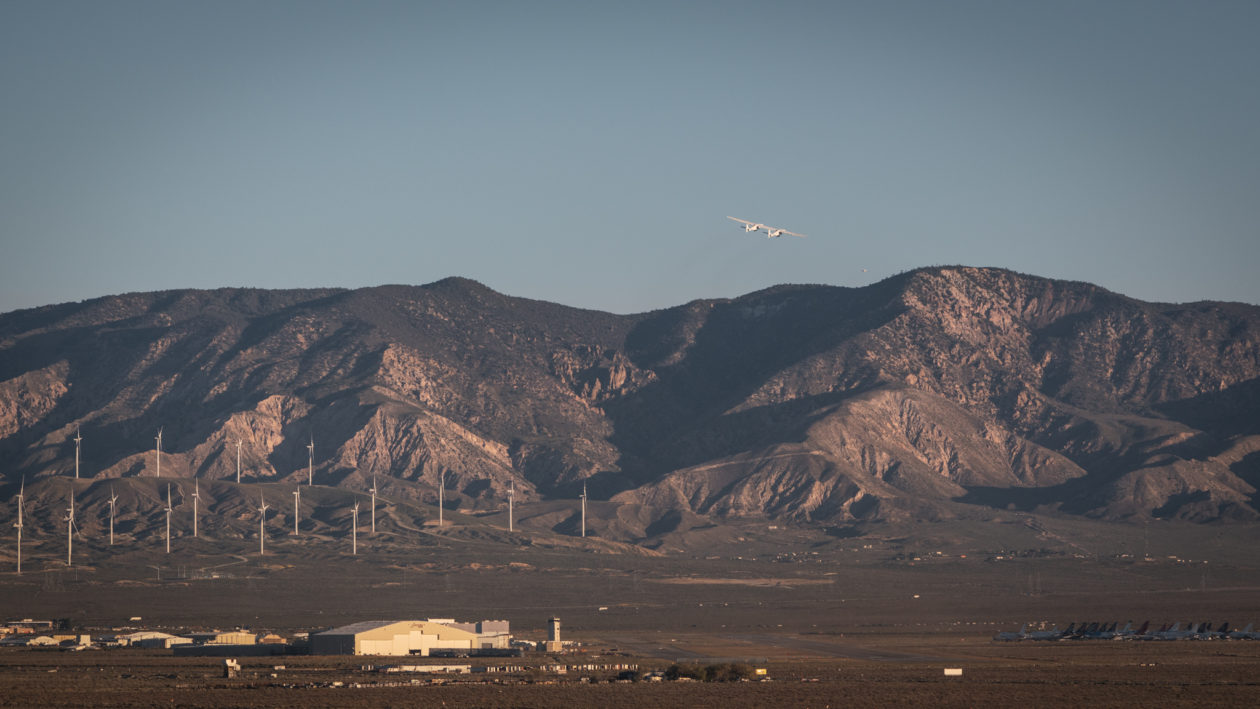 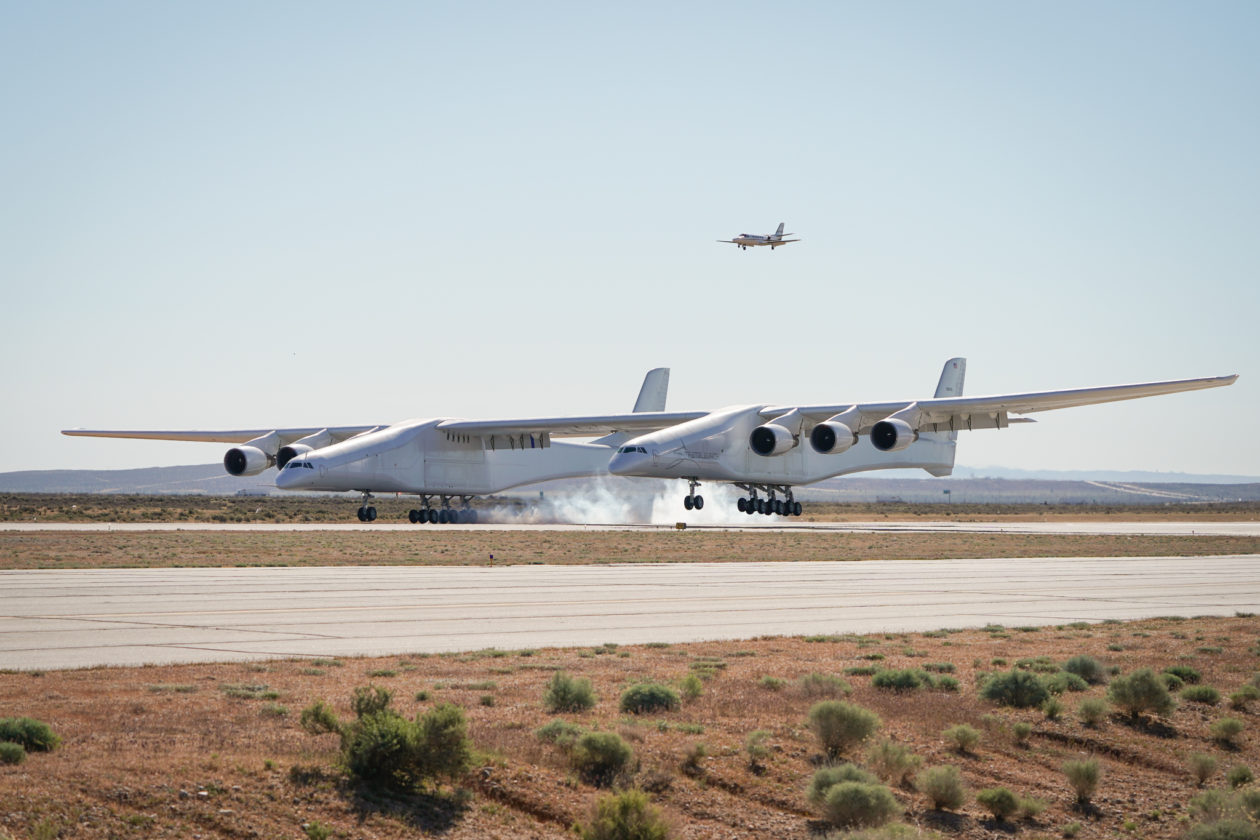 A year ago, Stratolaunch executives said they planned to fly the plane this past summer, but on-the-ground runway tests took longer than expected.

After Allen’s death in October at the age of 65, the venture went through a round of restructuring. In January, Stratolaunch drastically reduced its staff, put its plans to develop its own rocket engine and lineup of launch vehicles on hold, and said it would focus on flight-testing its monster airplane.

The plan ahead calls for further tests over the next 12 to 18 months, with the aim of getting the plane fully certified by the Federal Aviation Administration. Stratolaunch has already struck a deal to use Northrop Grumman’s Pegasus XL rocket to send payloads weighing as much as 816 pounds (370 kilograms) to low Earth orbit. Launches would begin once the plane, nicknamed Roc, wins full certification.

Stratolaunch’s air-launch system is designed to carry multiple rockets up to an altitude of about 40,000 feet, and then drop them into the air to fire up their rocket engines. The advantage of such a system is that it can take off from any runway that’s long enough to accommodate the plane, fly around bad weather if need be, and launch a satellite into any orbital inclination.

Potential customers range from commercial satellite operators to the U.S. military. It’s not clear, however, just how big of a market niche Stratolaunch will occupy. Because satellites are getting smaller and smaller, with more and more capabilities, some say the world’s biggest plane may be too big to make business sense.

Stratolaunch was a spinoff from Allen’s backing for the SpaceShipOne private space effort that won a $10 million prize in 2004. Other air-launch spinoffs include Virgin Galactic and Virgin Orbit, two ventures that are under the wing of British billionaire Richard Branson’s Virgin Group. This week, Virgin Orbit announced a deal to use Guam as a base of operations for sending small satellites into space with its LauncherOne air-launch system