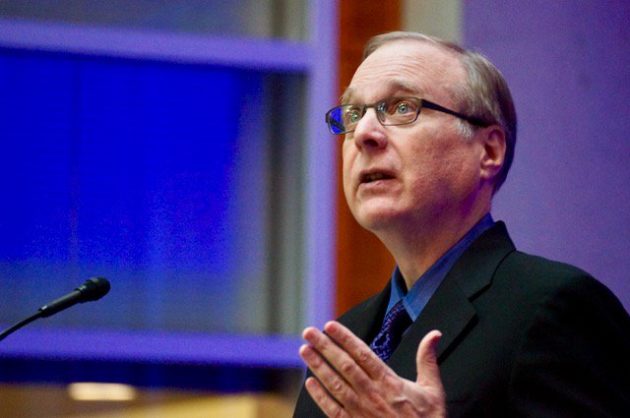 Paul G. Allen, who founded Microsoft with Bill Gates before making his mark in technology investing, sports ownership, commercial space, global philanthropy, the environment, museums and the arts, has died at the age of 65, two weeks after announcing that he was diagnosed with a recurrence of non-Hodgkin’s lymphoma, according to a statement Monday from his company Vulcan.

“Personal computing would not have existed without him,” Gates said in a statement, calling Allen a “true partner and dear friend.”

‘His legacy will live on forever’: Death of Paul Allen brings reaction from the many worlds he touched

Allen’s life and work were remarkable for their depth and breadth, spanning from the formative years of the personal computer in the 1970s to the modern world of 21st century wireless technologies, artificial intelligence, cutting-edge brain science and the promise of space exploration. Allen remained enthralled with the potential of technology throughout his life.

“It really is a golden age of what’s possible,” Allen said in an interview with GeekWire last year, after he made a $40 million gift to the University of Washington’s computer science and engineering program, joining with Microsoft to create a $50 million endowment for what was rechristened the Paul G. Allen School of Computer Science & Engineering.

Our founder let us fly with super heroes. He showed us that we could create beautiful music of our own. He inspired us to look to the stars. Today we mourn the passing of @PaulGAllen pic.twitter.com/0hJ9ZlPBh2

Speaking with reporters in Seattle on Monday afternoon, Vulcan CEO Bill Hilf made it clear that Allen’s companies and ventures will survive him.

“As many of you know, Paul had a tremendously huge vision on how to improve the world,” Hilf said. “A big part of our forward plans are to help realize that vision and to continue what he wanted to get done. That’s how we are rallying together today, this week, and the next weeks, to carry that banner into the future for him.”

“Paul’s vision and insight have been an inspiration to me and to many others both here at the Institute that bears his name, and in the myriad of other areas that made up the fantastic universe of his interests,” said Allen Jones, president and CEO of the Allen Institute, which includes initiatives dedicated to brain science and cell science. “He will be sorely missed. We honor his legacy today, and every day into the long future of the Allen Institute, by carrying out our mission of tackling the hard problems in bioscience and making a significant difference in our respective fields.”

He also founded the Allen Institute for Artificial Intelligence (AI2), whose CEO Oren Etzioni called Allen “an inspiration, a mentor, and partner in posing the most fundamental question about intelligence.” Etzioni said he and the AI2 team will “do everything over the coming years to continue to deliver against Paul’s vision and to help further his legacy.” 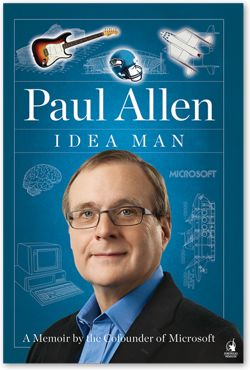 Paul Gardner Allen was born on Jan. 21, 1953, in Seattle. His dad, Kenneth Allen, was associate director of the University of Washington library system, and his mother, Faye Allen, was a schoolteacher.

Allen was a classmate of Gates at Lakeside School in Seattle, and together they honed their programming skills late at night at the University of Washington, famously getting kicked out of the computer lab. They founded their first company, Traf-O-Data, as teenagers. Allen, inspired by a Popular Electronics magazine featuring an early Altair minicomputer, convinced Gates to drop out of Harvard to form what became one of the world’s most successful companies.

As described in his 2011 autobiography, “Idea Man,” Allen went from a kid who couldn’t pay his $50 hotel bill in Albuquerque to a billionaire exploring the far reaches of the world, putting money into his biggest passions, and jamming with the likes of Mick Jagger and Bono on one of his three yachts.

Microsoft CEO Satya Nadella said in a statement, “Paul Allen’s contributions to our company, our industry and to our community are indispensable. As co-founder of Microsoft, in his own quiet and persistent way, he created magical products, experiences and institutions, and in doing so, he changed the world. I have learned so much from him – his inquisitiveness, curiosity and push for high standards is something that will continue to inspire me and all of us at Microsoft. Our hearts are with Paul’s family and loved ones. Rest in peace.”

Former Microsoft CEO Steve Ballmer, who worked with Allen in the company’s formative years, remembered him as “a truly wonderful, bright and inspiring person – and a great friend.”

“His insights were critical to the creation and success of Microsoft — and therefore to the success of personal computing worldwide,” said Ballmer in a statement. “That’s an amazing legacy. But his personal legacy to me was as a great friend, a teacher, a mentor, and ultimately as a someone who loved life and encouraged others to do the same. I followed his advice on a basketball team — and he’s right, it fires you up. Thank you Paul for all your gifts to us.”

Allen was remarkable for his wide array of interests, recalled Steve Wood, who joined Microsoft as a software engineer in Albuquerque, N.M., as employee number five.

“He was just obviously really driven, really focused, and a really nice guy,” said Wood, reached via phone Monday afternoon. “You always knew his heart was in the right place. He always was easy to talk to, and good to work with, and he was one of the go-to guys, when many of us were struggling with technology issues or anything else.”

In the early days of Microsoft, Wood recalls spending evenings grabbing dinner with Allen, or playing a game of chess. “It was a big family,” said Wood. Asked who typically won the chess matches, Wood noted, “usually, Paul.”

“He had this collection of chess books that he had studied, and if I was lucky every now and then I could win,” Wood recalled.

While Allen will most likely be remembered for co-founding Microsoft, but his love of everything from opera to Shakespeare to history made him an exceptionally amazing person. His interests were “all over the map,” he said, calling Allen “just one of those guys who was really fun to talk to.”

Allen left Microsoft in 1983, after he was diagnosed with Hodgkin’s disease, and after defeating cancer the first time pursued an immense array of ventures and interests, including early Internet ventures Starwave, a forerunner to ESPN.com, and Interval Research, a Silicon Valley lab that Allen created with Xerox PARC veteran David Liddle in the 1990s. But his pursuits went well beyond tech, including his ownership of the Seattle Seahawks and Portland Trail Blazers, the Living Computers Museum + Labs, and MoPOP, originally known as the Experience Music project.

After successfully battling non-Hodgkin’s lymphoma in 2009, the first time he was diagnosed with the disease, Allen reflected on his bouts with cancer in a 2011 interview.

“Whenever you go through one of these treatment regimens there are many things that are completely out of your control. You just have to be patient and hope things work out for the best, and be optimistic. Take a positive attitude,” he said. “On the other hand, realize that if there isn’t a positive outcome, your time may be limited so it makes you that much more focused on realizing your dreams and hopes, because all of our times on this planet are limited.”

SEATTLE, Wash. – October 15, 2018 – The following statements were released today by Vulcan Inc. on behalf of the Allen Family, Vulcan Inc. and the Paul G. Allen network. It is with deep sadness that we announce the death of Paul G. Allen, co-founder of Microsoft and noted technologist, philanthropist, community builder, conservationist, musician and supporter of the arts. Mr. Allen died on Monday afternoon, October 15, 2018, from complications of non-Hodgkin’s lymphoma in Seattle. Mr. Allen was 65 years old.

This is a time of profound loss for Mr. Allen’s family. On their behalf, Paul’s sister, Ms. Jody Allen, has released the following statement.

“My brother was a remarkable individual on every level. While most knew Paul Allen as a technologist and philanthropist, for us he was a much-loved brother and uncle, and an exceptional friend. Paul’s family and friends were blessed to experience his wit, warmth, his generosity and deep concern. For all the demands on his schedule, there was always time for family and friends. At this time of loss and grief for us – and so many others – we are profoundly grateful for the care and concern he demonstrated every day.”

STATEMENT ON BEHALF OF VULCAN INC. AND THE PAUL G. ALLEN NETWORK

“All of us who had the honor of working with Paul feel inexpressible loss today. He possessed a remarkable intellect and a passion to solve some of the world’s most difficult problems, with the conviction that creative thinking and new approaches could make profound and lasting impact.

Millions of people were touched by his generosity, his persistence in pursuit of a better world, and his drive to accomplish as much as he could with the time and resources at his disposal.

Paul’s life was diverse and lived with gusto. It reflected his myriad interests in technology, music and the arts, biosciences and artificial intelligence, conservation and in the power of shared experience – in a stadium or a neighborhood – to transform individual lives and whole communities.

Paul loved Seattle and the Pacific Northwest. The impact of Paul’s efforts can be seen here at every turn. But the true impact of his vision and generosity is evident around the globe.

Paul thoughtfully addressed how the many institutions he founded and supported would continue after he was no longer able to lead them. This isn’t the time to deal in those specifics as we focus on Paul’s family. We will continue to work on furthering Paul’s mission and the projects he entrusted to us. There are no changes imminent for Vulcan, the teams, the research institutes or museums.

Today we mourn our boss, mentor and friend whose 65 years were too short – and acknowledge the honor it has been to work alongside someone whose life transformed the world.”

Further information about any funeral or memorial services will be released as it becomes available.

GeekWire’s John Cook and Taylor Soper contributed to this report.